My first round of five best river cruises

If a cruise sounds appealing but the idea of spending your vacation with 4,500 other guests isn’t your cup of tea, it might be time to rethink that ocean cruise. You may be ready for a slower-paced river cruise.

With so many riverboats and itineraries to choose from, how do you find the one that’s right for you? There are river cruises around the world that beckon to the worldly traveler, like a five-night journey on the Chobe River in Botswana. And then there are trips that appeal to the novice cruiser, such as a four-day sailing around Venice, Italy with CroisiEurope. The options are almost endless.  In truth, they’re all “best river cruises!”

It’s not an easy decision — and only you can decide which waterways and ships cater to fit your needs.  Therefore, here is my list of five of the best river cruises that deliver awe-inspiring views, a leisurely pace and ample time to explore exciting destinations full of history, culture and charm.

Running along the border between Oregon and Washington state, authentic paddle wheelers cruise back and forth between the Victorian city of Astoria and Clarkston, Washington. While at port, you can explore quaint Astoria, the oldest American town west of the Rocky Mountains. Fort Clatsop — the headquarters for the Lewis and Clark expedition — sits a little more than 5 miles southwest of the city.

Or if a replica of a turn-of-the-century coastal steamer sounds appealing, UnCruise Adventures offers week-long Columbia and Snake river cruises, round-trip from Portland, OR.

While the entire Rhine River is 820 miles in length, this stunning section of the Middle Rhine Valley — situated in Germany — is a mere 58 miles long. Rife with castles and fortresses, treacherous rocks and mysterious legends, this enchanting stretch will keep you entertained around every twist and bend.

A cruise between New Orleans and Memphis, Tennessee shares the history of the deep south, with beautifully restored antebellum plantations and a chance to sample local Southern cuisine. As you might expect, onboard entertainment features local performers, ranging from New Orleans jazz combos to Mississippi gospel singers and river historians. Activities on shore are just as diverse, ranging from Civil War battleground tours to wildlife watching along the banks of the river.

Wine lovers, especially those who favor rieslings, will appreciate the wine-tasting opportunities in almost every port of call on this journey through Germany’s grape country.

The climate is cool, but the soil of the south-facing slopes absorbs the sun’s heat from the river’s reflection.  The heat is transfered to the vines at night. The result is one of the world’s finest production of light and refreshing Riesling. Many Mosel River cruises feature wine produced in the region.

Seems like everyone starts humming Johann Strauss’ “The Blue Danube” the moment they set out on a Danube river cruise. The water looks more muddy than blue, but when the sky is clear and the water is still, the river takes on a photogenic, silvery-blue appearance.

From its source in Germany’s Black Forest, the Danube River travels southeast for 1,750 miles until it enters the Black Sea in Ukraine. Both longer voyages and shorter sailings are available along the Danube, and may span anywhere from four to 30 days. The most popular segments run between Nuremberg, Germany and Vienna and Vienna and Bucharest, Romania.

Cruise along the Upper Danube River between Vienna and Nuremberg, and admire some of Europe’s most treasured art, museums and palaces. Your journey will start or end in Vienna, where activities can include anything from attending a private Mozart concert to touring the sprawling Schoenbrunn Palace.

If you’re convinced that a river cruise is right for you, don’t wait too long to reserve one of my picks for best river cruises. Because of the rising popularity of river cruises —especially in Europe and the U.S. — some itineraries can sell out up to a year in advance. 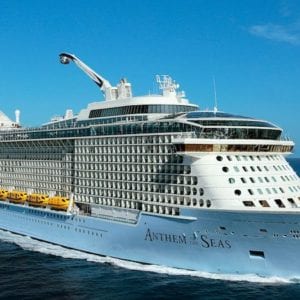