Our last day aboard the S.S. Legacy, the ship steamed its way westward on the Columbia River towards Astoria and mouth of the Pacific Ocean.  Just as Lewis and Clark did in 1805.

As we drew closer to the coast, the weather quickly began to deteriorate.  Jackets no one thought we’d need, were taken out from their suitcases.

The early autumn heatwave we enjoyed all week segued into a chilly, mist-shrouded morning.  Not enough to dampen our spirits. Only our shoes.

Dressed for the weather, we headed ashore to our motor coach and a trip across the river.

Over the River and into the Woods…

Completed in 1966, the Astoria Megler Bridge is located a mere 14 miles from the mouth of the Columbia River.

Spanning 4.1 miles in length, the bridge connects Astoria, Oregon and Ellice, Washington and is the longest continuous truss bridge in North America.

Lewis and Clark set up a temporary encampment that was later named Station Camp.  It was Clark’s primary survey station where he produced a detailed and accurate map of the mouth of the Columbia River and surrounding area.

RELATED:  Photo tour of my UnCruise stateroom aboard S.S. Legacy

This intricately cast bronze relief monument to Lewis and Clark shows the two explorers, Sacagawea and her baby, Lewis’ Newfoundland dog named, “Seaman” and York, a slave of William Clark but a full member of the Expedition.

This Fort Clatsop is a replica of the last encampment of the Lewis and Clark Expedition on their westward journey during the winter of 1805-1806.

It didn’t take long to walk through all of the buildings, rebuilt according to the original descriptions.

Lunchtime on the ship drew near so we were back on the bus without losing anyone who happened to wander off into the woods.

Visit the Victorian City of Astoria

So much to see and do for our last day in this amazing part of the country.  I barely ate lunch so I’d have plenty of time to explore Astoria.  I’d been there once before so I was familiar with the downtown area a little bit.

Here are a few highlights:

Be sure to take a ride on the Astoria Riverwalk Trolley.  It runs from the dock / lumber yard all the way to the Columbia River Maritime Museum at the far end of the Riverwalk.  There are about a dozen stops along the way so you can use it as a hop-on hop-off ride.

Built in 1913, Old 300 as it is called is a 40-passenger trolley. The trolley travels along Astoria’s original train tracks and passes through Astoria’s historic working waterfront.

You’ll definitely see and hear the anxious seals and sea lions hoping to snag a quick meal as nearby fishermen unload their daily catch.

Kind of goofy but everyone enjoyed it…especially the performers.  Even our three cruise managers were in full Victorian garb.

Goodbyes were said, emails traded and a promise from UnCruise to send everyone the photo montage of our week’s journey up and back on the Columbia River.

Tomorrow we’d be back in Portland and I’d be on an Amtrak train to Seattle.  I’d look back on that incredible week and remember the most diverse, unexpected scenery and geology that I’ve encountered any where else in the world.

For more information, visit: UnCruise.com and contact your travel agent.

Day 5: Walla Walla Wineries, the Whitmans and the Oregon Trail

Day 6: Maryhill Museum, The Dalles and a real Stonehenge

Day 7: Following Lewis and Clark to Fort Clatsop and a visit to Astoria.

Disclosure:  I was a guest of UnCruise Adventures aboard the S.S. Legacy.  In no way was I under any obligation to UnCruise.  All views and comments are my own. 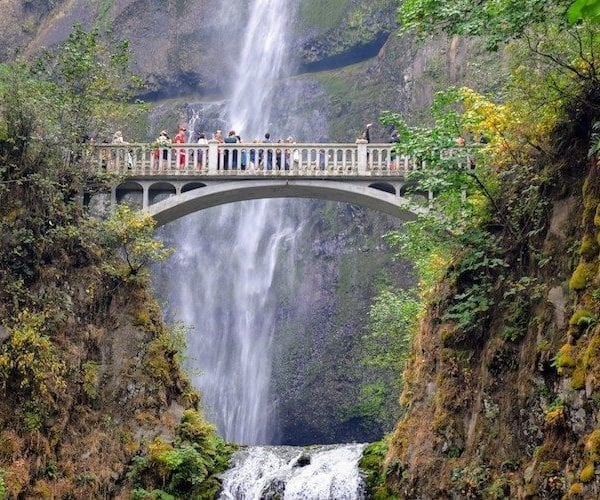 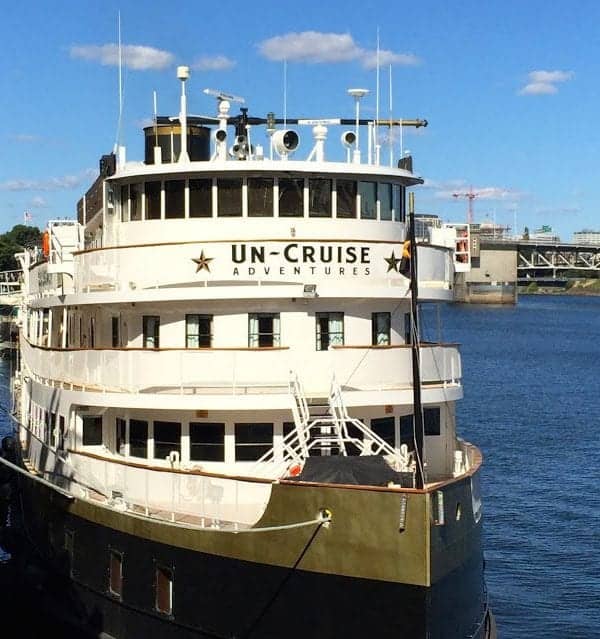 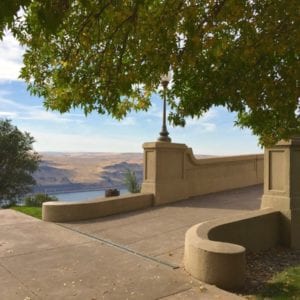 A Day in The Dalles: Maryhill Museum, Stonehenge and More