I have great memories of the Norwegian Epic.  A June transatlantic from Southampton to New York in 2010 brought the ship over to America.  I was aboard the inaugural transatlantic crossing as carpenters hammered away during 7-night voyage. Our weather was good, seas were like a millpond.

The Norwegian Epic is known to look a bit quirky.  It’s a fantastic ship with tons of onboard dining and beverage options and I’m thrilled this ship will call Port Canaveral its new home very soon.

Beginning on November 12, 2016, the Norwegian Epic will cruise a series of 7-night eastern and western Caribbean itineraries.

So why do I like the Norwegian Epic? Without going into a full-blown review, it’s one of those unique ships that somehow leaves you with great memories. The à la carte dining options run the gamut from Teppanyaki to Brazilian and Italian to pub grub for a total of 16 dining possibilities in all.  Two are reserved for The Haven guests, a private ship within a ship concept that provides a self-contained cruise experience.  There are 18 bars and lounges but if you’re craving a milkshake and fries, head to the complimentary Sheehan’s pub for your fix.

Plenty of exercise options, fitness classes and outdoor sports activities for everyone of all ages.  Kids’ programming is extensive, and includes tweens and younger teens.  Pools, a water park, everything to enjoy a sea day outdoors.

Norwegian is known for its entertainment venues and the Epic doesn’t lack in that department.  See a dinner show entitled, “Cirque Dreams and Dinner®”. Stop by The Cavern Club, reminiscent of the legendary Liverpool venue where the Beatles performed.  Or make reservations to see the Broadway show, Priscilla Queen of the Desert.

Check out some of my Norwegian Epic articles, too.  Just type “Epic” in the search bar on the right.

If possible, plan to arrive a few days before or stay a few days after your Norwegian Epic cruise. There’s plenty to see and do in and around Port Canaveral on Florida’s Space Coast. Here are some of my suggestions on what to do in area of Port Canaveral. 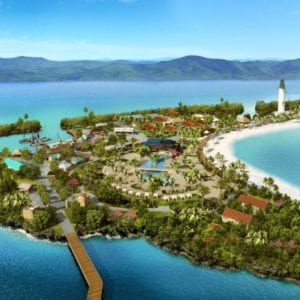