Florida Governor Ron DeSantis announced that the state of Florida is suing the federal government along with the Centers for Disease Control and Prevention (CDC) over the lack of guidance or restart date to get cruises sailing again from Florida.

The cruise shut down began back in March 2020 when the global pandemic was declared.

Last week, the CDC released its long-awaited update to its October 2020 Conditional Sailing Order.  The update did not include a date that the cruise industry could begin sailing from the U.S. That’s when DeSantis decided to step into the fray.

Both the cruise industry and Governor DeSantis have been threatening to sue the CDC since the update was issued, as there was no announcement on a restart to cruising from Florida by July.

At a news conference held today at the Port of Miami, DeSantis said, “On behalf of the tens of thousands of Floridians whose livelihood depends on the viability of an open cruise industry, today Florida is fighting back.”

As a result of the No Sail Order issued by the CDC last March and no cruising restart date set, several cruise lines will homeport their ships at foreign ports to begin sailing this summer.  By doing so, the cruise lines can bypass any CDC recommendations or framework to begin cruising.

Royal Caribbean will be cruising from Nassau, Bahamas this summer and sending another ship to Haifa, Israel.  Also in time for summer cruises, Celebrity Cruises’ Millennium heads to Bermuda.

U.S. citizens can cruise from Nassau and Bermuda if they have completed their vaccines.  Cruises aboard the new Odyssey of the Seas that’s heading to Haifa will only be offered to fully vaccinated Israeli citizens.

Florida has been especially hard-hit from the cruise shut-down.  The cruise industry generates nearly $9 billion annually to Florida’s economy.  In total, there are six cruise ports around the state including the small Port of Palm Beach. 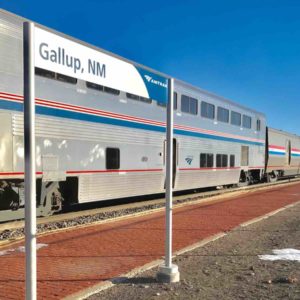