If you’re not familiar with Hurtigruten, you should know they’ve been cruising the Norwegian coast line since 1893.  In the winter, Hurtigruten’s small ships are an important means of transportation for people and mail to get between the tiny villages that dot the coast of Norway.

Their 14 exploration ships, which accommodate from 100 to 646 guests cruise the globe in search of new discoveries and adventures.  That’s why this flash sale struck my fancy.  While I wish I could just up and go on a 6-day Arctic Adventure expedition this summer (two sick, geriatric cats are keeping me at home for a few months) maybe you can pack and go.  And there are many more itineraries from which to choose.  Keep in mind this rare flash sale ends on May 20, 2016 but you can make reservations on certain voyages into 2017.

Hurtigruten has chosen three distinct voyage categories from which to choose.

Discovery Voyages:  Go just about everywhere around the world. Cruise aboard the MS Midnatsol to Antarctica, Europe, Africa, South America and Atlantic Crossings aboard the certified Ice Class ship, 500-passenger MS Midnatsol.  Valid on voyages from 2016-2017.

Classic Norwegian Coastal voyages:  Cruise the 1,500 mile scenic coast of Norway on 12-day voyages.  Visit small villages, see spectacular waterfalls and fjords.  Plus, local fresh seafood is everywhere, including onboard your ship.  Travel from May 10, 2016 to March 31, 2017.

According to the note I received, this 5-day sale fare includes an additional 10% off current fares – including any Early Booking and Past Guest offers.  This could lead up to a possible 40% off the brochure fare when promotions are combined.

Solo traveler with NO single supplement

These 5-day flash reduced fares are combinable with Hurtigruten’s Solo Traveler offers on the Norwegian Coastal Voyage in 2016.  Solo travelers who book within 90 days of their travel date get a single cabin without paying the single supplement.

16-day Adventure to the Chilean Fjords and Antarctica aboard the MS Midnatsol – $6,406 per person.

This capacity-controlled special is for new U.S. bookings only. 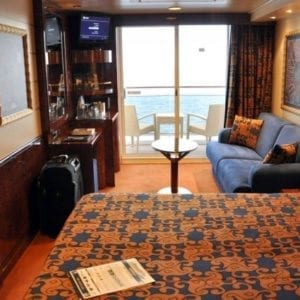