American Queen Steamboat Company recently announced it will add a third ship to Victory Cruise Lines, the 200-passenger Ocean Victory.   With a little over a year until the launch of Ocean Victory, some details about this small ship and its Alaska Inside Passage expedition cruises have been released.

What we know about Ocean Victory

Victory Cruise Lines has partnered with California Polytechnic State University marine biologists, scientists and naturalists among its expedition team of 19 who will lead excursions, provide education lectures and act as a resource for all guests.

The ship is equipped with 20 Zodiacs and dozens of kayaks so guests, under an expedition leader’s guidance, can paddle or motor up-close and personal to some of Alaska’s most breathtaking glaciers.

The new small expedition ship will offer two different Alaska Inside Passage itineraries.  Departing from Vancouver, Ocean Victory continues northbound for 12-days en route to Sitka, Alaska.  The southbound cruise from Sitka back to Vancouver cruise is a 13-day voyage with the additional day spent navigating through Tracy Arm and visits to several glaciers.

There is also a special 12-day Hidden Coast itinerary between Vancouver, B.C. and Seattle, W.A.

North to Alaska from Vancouver, BC to Sitka, Alaska

Fares start at $4,199 per person, plus port fees, taxes and gratuities.

Southbound from Sitka to Vancouver

Fares start at $4,999 per person, plus port fees, taxes and gratuities.

On the southbound leg, the ship cruises past Cortes Island, Von Donop Inlet and Desolation Sound.

Fares start at $4,199 per person, plus port fees, taxes and gratuities.

Reservations for Ocean Victory Alaska cruises are now open.  Bookings before March 31, 2020 receive up to $1,400 savings per stateroom. 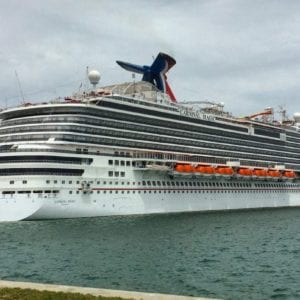