In a recent announcement, Norwegian Cruise Line announced that Norwegian Joy Alaska cruises will begin after the ship undergoes a major refurbishment.  Launched in 2017, and build specifically for the Chinese market, Norwegian Joy will be refitted for a primarily North American market.  The goal of the $50 million refurbishment is to make Norwegian Joy as close to resembling sister ship Norwegian Bliss as possible.

As part of the renovation, the 3,883-passenger Norwegian Joy will emerge without its dedicated tea rooms, and replaced with The Local – the renamed O’Sheehan’s restaurant and pub.  There will also be an additional beer-themed bar.  Gone will be the many designer shops and huge casinos to be transformed into more entertainment, restaurant and bar venues, including Los Lobos Cantina Mexican restaurant.

Other features include Norwegian Joy’s Galaxy Pavilion, with its simulator rides and interactive video walls, as well as the go-kart race track and laser tag arenas.  Along with an expanded exercise room and gym, a Starbucks will also be added.

Chocolate-lovers will be happy to know that there’s a Godiva shop with chocolate, truffles and soft-serve ice cream.

Reservations for Norwegian Joy Alaska cruises and beyond are now open. 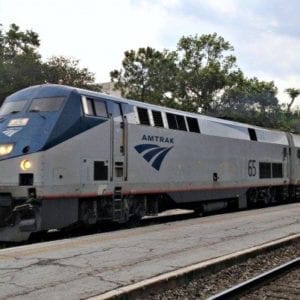 Alaska Trip Report: Getting to Alaska from Florida