According to a news article on Cruise Critic, Holland America is testing the addition of a $10 fee if you order a second entree in the Main Dining Room.

If you’ve ever taken a cruise, I’m sure you’ve noticed that some people at your dining table order a second or even a third entree.  It’s common to do that, especially if you simply want to taste something different on the menu.  Or if you just eat a lot.  On the down side, yes, I’ve seen plates nearly full being removed after dinner because someone ordered too much.  The objective, says the cruise line, is to try to eliminate food waste.

Holland America explains why a fee for a second entree

“Over the years we have upgraded the menu, and we have experienced that guests occasionally order additional main courses they simply can’t finish,” a spokesperson for Holland America told Cruise Critic. “Holland America Line has made great efforts to reduce food waste and with this we can better determine if guests who order a second entree will truly enjoy it.”

Don’t despair if you want a second starter or dessert.  There’s no extra charge for trying more than one of those smaller plates.

The cruise line has two test programs in progress.  The first one involves the $10 surcharge only at Gala Night dinners.  The second pilot program adds the fee for a second main course every night in the main dining room on the ships just mentioned.

Cruise ships with the $10 fee

The test program will continue through the end of March.  At that time, Holland America will take a look at the results and make their decision.

The additional fee for a second entrée in the Main Dining Room is now on a handful of cruise ships.  You’ll pay that $10 fee aboard Eurodam, Nieuw Amsterdam, Oosterdam and Zuiderdam.

So, what do you think of this a cost-saving, food waste-reducing fee?  Would you pay $10 for a second entree? This also begs the question of what if you want to order an additional entree to share with your table…who pays the $10 fee? 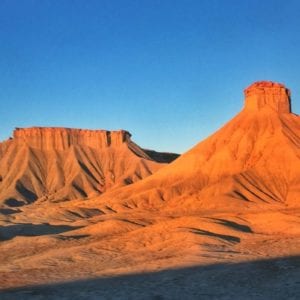