It’s Summer in the City for the Carnival Sunshine

Before arriving in NYC, the Carnival Sunshine will offer a 4-, 5- and 10-night cruise from Charleston, NC and then up to Norfolk, VA for a series of short cruises in June and then onto New York City.

When the weather turns cold, Carnival Sunshine will return to its homeport at Port Canaveral, Fla., and resume the schedule of 5- to 8-night Caribbean voyages from the Space Coast beginning in November 2016.

I was lucky to be onboard the Carnival Sunshine when the ship first arrived at Port Canaveral last year.   Among some of my favorite spots was the adults-only Serenity area with its own pool.

Probably the best Asian meal I’ve had in a long time was at JiJi Asian Kitchen.

I don’t do water parks but it was fun to watch everyone getting soaked at the WaterWorks aqua park.  Nor did I try the SportSquare outdoor recreation area with a suspended ropes course.

All of this plus interior upgrades to the tune of $155 million.

“Carnival Sunshine has an extraordinary array of guest features and facilities and will provide consumers and our valued travel agent partners with a wide range of itinerary choices from these highly attractive East Coast homeports,” said Christine Duffy, Carnival’s president.

Here’s a rundown on the Carnival Sunshine’s new 2016 schedule:

I hope to try one of the longer cruises…more time to spend at JiJi Asian and Guy Fieri’s Burger Joint! 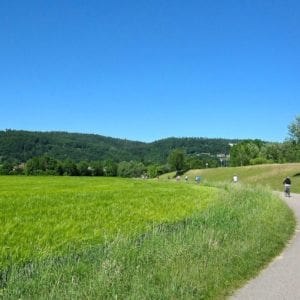