In my mind, today would be a cakewalk.  Norwegian Sun arrived into Amsterdam from Port Canaveral, Florida at 8am.  I had plenty of time to debark the ship (10AM), hop into a taxi to Centraal Station (10:10AM) and on my train from Amsterdam to Luxembourg via Brussels.

From Brussels, another train to Luxembourg (open ticket) plus a short taxi ride (15 minutes?) to Remich.  There, on the Mosel River, I boarded AmaWaterways AmaLegro.

AmaLegro would be my home for the next 21 days.

Amsterdam Train to Luxembourg via Brussels

Hugs and goodbyes were said and with the help of Karin, Norwegian Sun’s concierge, we breezed through the crowded shore excursion lines and I was in a taxi within minutes.

This was probably my fifth visit to Amsterdam’s train station so I quickly found the first class lounge (yes, there is one and it’s located to the right of the entrance as you face the main doors opening to the city.)

With a comfortable thirty minutes until departure at 10:30am, I tried to log on to the wifi, but alas, it wasn’t free but very inexpensive at 9.95 Euro for sixty minutes.

I only had at most fifteen minutes before it was time to grab my thousand-pound suitcase and two small but well-packed carry-ons.  I’d take a pass on their wifi.

Boarding the Train in Amsterdam

As in most major train stations throughout Europe, the actual platform to board the trains is upstairs from the main passenger area.  Luckily, the elevator was working so I didn’t have to haul my baggage up a long flight of cement stairs to the platform.

My seat was an individual one, so I didn’t have to climb over anyone or get stuck in the window seat.

Halfway to Brussels, the train stopped.  The conductor announced we’d be twenty-five minutes late.  Not worried, I re-checked my ticket for Luxembourg.

No departure time was indicated which meant I would simply check the departure sign in the Brussels station and find the next train to Luxembourg, about a two and one-half hour trip.

Another Train from Brussels to Luxembourg

Brussels train station is fairly small, compared to Amsterdam.  I found the departure sign and in ten minutes there was a train to Luxembourg.

I quickly wheeled my two-ton suitcase down the corridor and onto the (also working) elevator up to the platform.  Within a few minutes I was on the train to Luxembourg.

I confirmed this by asking a young woman passenger (who reminded me of my daughter), “Does this train go to Luxembourg?” “Yes,” she replied, “I certainly hope so because that is where I am also going.”

Needless to say, we talked non-stop for the entire almost three hour ride to Luxembourg.

Finally, a Taxi from Luxembourg to the Mosel River

Luxembourg’s train station is very small, as is Luxembourg, of course.  Remich, however, was not as close to the train station as I anticipated.  The distance was more like twenty miles, not the convenient four miles that I read somewhere.

An unexpected one hour taxi ride brought me to the banks of the Mosel River at 6:20PM and AmaWaterway’s AmaLegro.  My elderly taxi driver who spoke no English, wheeled my suitcase along the pier, up the steep gangway and into the lobby of the river boat.

His heavy-set eyes opened wide as he slowly looked around and absorbed the ambiance of the elegant foyer and lobby.  We shook hands and exchanged  “thank you” several times in various versions of French, Flemish, Luxembourgish and English.

A quick freshen-up in my new room (with a French balcony!) and I made my way to the dining room.

The next three weeks we’d slowly meander along the Mosel, Rhine, Main and Danube rivers.  Twenty-one days, nearly three dozen cities and towns and only one boat.  A river cruise is the best way to visit the interior of Europe and…you don’t have to pack and unpack to do it!

Disclaimer:  I was a guest aboard AmaWaterways.  All opinions are my own and in no way affected this article. 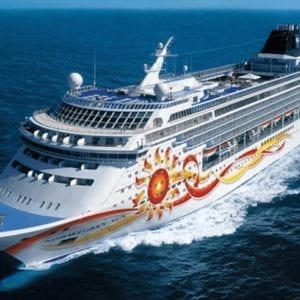