Another week, another round of cruise news.  This week’s highlights range from MSC Cruises Ocean Cay new details to an actual brawl on a Lido deck over….wait for it…lounge chairs!

After undergoing rigorous tests and exercises, Carnival Panorama’s sea trials were successful.  The ship is still in the final phases of construction. As I mentioned before, at this time the transatlantic crossing isn’t open for reservations.  The inaugural 3-day cruise will take place in Long Beach California on December 11, this year. Following the big event, on December 14, Carnival Panorama will begin year-round seven-day Mexican Riviera cruises visiting Puerto Vallarta, Cabo San Lucas and Mazatlan.

It was bound to happen.  The name of the ship and country wasn’t clearly stated but suffice it to say that the incident was first reported in a German newspaper.  According to sources, the ship’s captain had just announced that a pool party was about to begin when two couples, one in their 70s and the other in their 40s, tried to stake out the same lounge chairs.

With neither couple giving up their so-called squatters’ rights, a fight ensued.  The brouhaha ended with the older man claiming to have been injured by the younger man, whom he said threw the first swing.

The bottom line is that the older man is suing for about $4,700 for injuries and what has been filed as  “loss of holiday pleasure.” When the case goes to court, both parties will be called to testify. Also summoned to court is a ship’s security guard and defendant’s mother-in-law.  The case is going to be heard in a court in Auerbach, in the eastern German state of Saxony.

Scheduled to open in the Bahamas in November, MSC has given us another peek at what we can expect at their Ocean Key Marine Reserve.

The new private destination is located 65 miles off of Miami and takes up the entire 120-square acre  island. The main feature on the island is the 98-foot tall lighthouse and the entire project is said to run about $200 million dollars.

There’ll be a Hemingway-themed beach bar and Yacht Club guests will have their own private area on the island.  All the beaches will have lifeguards and motorized water toys will not be allowed. With a name like “Marine Reserve” MSC is planting only Bahamian native plants and at the same time, attempting to restore the fragile coral reefs surrounding the island.

As with every other cruise line’s private island, there’ll be the usual barbecue buffet.  All MSC ships departing from Miami will include a stop at Ocean Key.

This could be a somewhat misunderstood venture.  Carnival is releasing a four part video series called Crew Gratitude.  It’s being distributed to travel agents to share with their clients.

The videos feature six crew members who talk about the impact that Carnival’s guests have made on their lives and families through gratuities.  The crew featured includes housekeeping staff, and dining room waiters.

Is this an appeal to convince passengers not to remove gratuities and that their tips do matter?

READ NEXT:  Carnival Legend Returns to Europe in 2020

Celebrity Solstice was forced to return to Seattle soon after it had just gotten underway on an Alaska cruise heading up to Ketchikan.  The ship lost all power but eventually regained it and the US Coast Guard was standing by if needed. Solstice limped back into port and will remain in Seattle until it passes inspection.

That’s it for this week.  Thanks for reading and have a nice weekend. 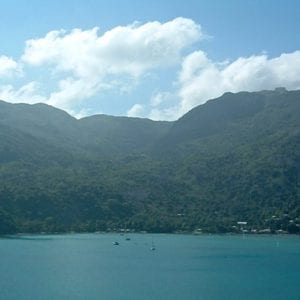