Once grabbing headlines as the world’s largest cruise ship, Oasis of the Seas just completed a $165 million refurbishment.  It’s not easy to imagine what could be added to a ship that was launched only 10 years ago and at that time was the #1 game-changing cruise ship in the industry.

It was so exciting when Oasis of the Seas was repositioned to Port Canaveral back in 2017.  In fact, it was so exciting that I celebrated a milestone birthday on it with several friends and family members.

When I heard that Oasis of the Seas would be included in Royal Caribbean’s Royal Amplification refurbishment initiative, I couldn’t imagine what could be refurbished, other than the usual soft goods like upholstery, bedding, draperies and things like that.  But that wouldn’t add up to $165 million.

What’s new on Oasis of the Seas After Refurbishment

“To see a 63-day, $165 million effort come to life on a ship as iconic as Oasis of the Seas is remarkable,” said Michael Bayley, President and CEO, Royal Caribbean International. “Our guests–new and fans alike–are in for an Oasis that takes family vacations to the next level. With exciting, new adventures and signature experiences, this ship is every bit as original as the day she debuted 10 years ago, almost to the day.”

READ NEXT:  How to Choose Your Oasis of the Seas Stateroom

Part of Oasis of the Seas Royal Amplification refurbishment includes the Royal Caribbean International mobile app.  Guests are able to check in for their cruise from their phone, use the digital stateroom key and in-app TV control remote features.  Book dining, show and shore excursion reservations.

Oasis of the Seas sails seven-night Eastern and Western Caribbean cruises from Miami.  In May 2020, Oasis of the Seas moves to New York City (Bayonne, NJ) where it will be the largest cruise ship to sail from the metropolitan area. 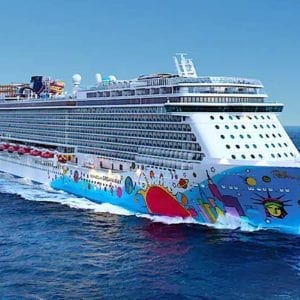