Carnival Cruise Line just announced a $200 million dollar stem-to-stern Carnival Triumph refurbishment in 2019. Once complete, there’ll be a renaming ceremony when Carnival Triumph becomes Carnival Sunrise.  Following the makeover, Carnival Sunrise will feature nearly all of Carnival’s iconic food, beverage and entertainment venues.  Even the staterooms will be updated in new tropical colors.

See next:  Here’s the recipe for Guy’s Straight Up Burger with Pig Patty

The two-month-long refurbishment will take place in Cadiz, Spain starting on March 1 and wrapping up at then end of April 2019.

The redesign of two luxurious Captain’s Suites near the navigational bridge featuring floor-to-ceiling windows and extended balcony grand suites.  All of the ship’s staterooms will be updated to offer island-themed interiors with bright colors and soothing pastels inspired by the line’s Caribbean itineraries.

Other new features include:

Carnival Sunrise will then reposition to New York for four- to 14-day voyages beginning May 23, 2019. A series of Bermuda cruises, will be followed by fall foliage cruises to New England and the Canadian Maritimes.  Several longer voyages include a 10-day exotic eastern Caribbean itinerary and a 14-day Carnival Journeys Panama Canal cruise.

By October, Carnival Sunrise heads south for the winter season with cruises from Fort Lauderdale.  Itineraries include four- and five-day cruises beginning Oct. 28, 2019. 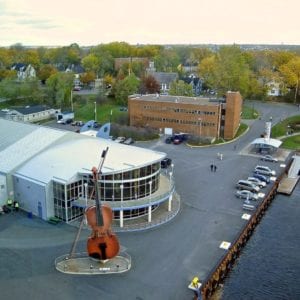