Norwegian Spirit recently emerged from a 43-day refurbishment in Marseille, France. When the ship arrived at Civitavecchia, Italy, there were 14 new venues, new and updated staterooms, revitalized public areas and of course, beautiful new hull art.

Last week from Civitavecchia, Norwegian Spirit set out on a series of longer cruises lasting 17, 20 and 28-days.  These extended voyages are visiting three continents and ports that include Dubai in the United Arab Emirates, Cape Town, South Africa.  On April 9, 2020, Norwegian Spirit will cruise to Athens (Piraeus), Greece, the ship’s new homeport.

Norwegian Spirit offers a summer and fall season of seven-day voyages to the Greek Isles, Turkey, and Israel, through Nov. 8, 2020.  Ports on this fabulous itinerary will stay in port well past the usual 5PM departure time.  Ports with extended time include Rhodes, Mykonos; Santorini and Corfu, Greece; Kusadasi and Istanbul, Turkey; Ashdod and Haifa, Israel; Limassol, Cyprus.  There will also be two new ports of call for the Norwegian Cruise Line – Patmos and Volos, Greece.

READ MORE: How to pack for a Norwegian Cruise Line cruise

This refurbishment project was the most extensive bow-to-stern revitalization of any ship ever in Norwegian’s fleet.  Here’s a list of major enhancements on Norwegian Spirit: 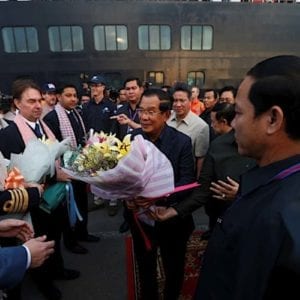