Viking Cruises announced details for their World Cruise itinerary taking place aboard its newest ship in 2023.  The ninth Viking ocean ship, Viking Neptune, will set out on a 138-day global adventure at the end of 2023.

Viking’s new 2023-2024 World Cruise will visit 28 countries and stop at 57 ports.   In response to passenger requests for longer stays, Viking Neptune will overnight in 11 cities allowing more time to absorb some of the local culture.

On December 23, 2023, the 930-passenger Viking Neptune will set sail from Ft. Lauderdale.  From there, the ship will sail to Cozumel, Mexico and Cartagena, Colombia before transiting through the Panama Canal and into the Pacific Ocean.

After several ports on the west coast of Central America and Mexico, the ship reaches Los Angeles.  Boarding for a shorter 121-day voyage is also possible from Los Angeles.

Then it’s across the Pacific to Hawai’i, Australia and New Zealand and onto Asia and the Middle East.  After passing through the Suez Canal and the Mediterranean, Viking Neptune’s journey comes to an end in London.

As mentioned at the beginning, Viking Neptune will visit 58 ports in total.  Out of those 58, there will be one-night overnight stays in Sydney, Haifa, Istanbul, Sri Lanka, Myanmar and London.  But there will be two-night stays in:

During the voyage, there will be cultural enrichment presented at onboard lectures and entertainment.  The Viking Resident Historian program provides guests with historical and cultural education relative to the destinations.

Viking’s newest ship, like the other eight Viking Ocean ships in the fleet, have a gross tonnage of 47,800 tons, and 465 staterooms that can accommodate 930 guests.  All staterooms have a private veranda, heated bathroom floors and Wifi is complimentary.

All the ships feature minimalist Scandinavian design and helps create a feeling of openness.  The Spa has all the typical spa features and amenities plus a Snow room where actual snow filters down through chilled air in the ceiling.

Reservations are now open for the Viking Neptune 2023-2024 World Cruise. 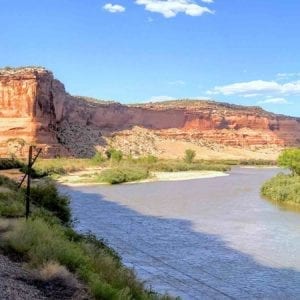