If you’ve wanted to visit Iceland, but didn’t want to fly there, Holland America has your ticket.  In 2022, Holland America adds new cruises to Iceland, Greenland and Newfoundland to some of their Canada and New England cruises.

Holland America Canada and New England cruises to Iceland and beyond in 2022.

For the first time, a Pinnacle Class ship will be positioned for Canada and New England cruises.  Beginning in 2022, Nieuw Statendam will cruise more than 2,100 nautical miles from Boston to Iceland with entirely new itineraries on the Atlantic coast of North America.

Also in 2022, Holland America’s Zaandam will sail seven-night cruises to Canada and New England, plus longer repositioning cruises at the beginning and end of the season.

A series of six- and eight-day “Canada and New England Discovery” cruises will be offered throughout the season.  One special 24-day voyage aboard Nieuw Statendam will include all three distant North Atlantic regions; Newfoundland, Greenland and Iceland.

Nieuw Statendam Cruise Details
Nieuw Statendam will depart on August 3 as the first Pinnacle Class ship to sail to Canada and New England.  Departing from Boston, the ship will head into the North Atlantic to circumnavigate Iceland.

In addition to six port calls on its cruise to Iceland, the next ports in the North Atlantic include Greenland, Nova Scotia and Newfoundland.

Other Nieuw Statendam Canada and New England cruises in 2022 include six- and eight-day “Canada & New England Discovery” cruises between Boston and Québec City, with weekend departures.

READ NEXT:  What to Do in Charlottetown, PEI on a Cruise Day in Port

While Zaandam isn’t offering longer cruises to Iceland and beyond, the smaller ship will offer seven-night cruises.  With weekend departures in summer and fall, Zaandam will cruise between Boston and Montréal, Québec, Canada.  Ports visited include Bar Harbor, Maine and in Canada, Québec City, Québec; Charlottetown, Prince Edward Island; and Sydney and Halifax, Nova Scotia.

RELATED:  What to Do for Fun in Popular Canada Cruise Ports

Partnered with FOOD & WINE, the Canada and New England cruises highlight both the culture and cuisine of the regions.  In Quebec, it’s their famous poutine plus everything maple syrup-flavored.  More Canadian cuisine includes fresh-from-the-sea oysters, mussels and succulent steamed lobster.  Back in the U.S., there’s more seafood to enjoy.  Try an authentic Maine “lobstah” bake in Bar Harbor, Maine.

Book a Canada and New England voyage (it doesn’t have to be that longer cruise to Iceland) by April 19, 2021 and depending on your stateroom category, receive up to $2,300 in amenities.  This could include a Signature Beverage Package, prepaid gratuities, free Signature Dining Package.  There’s also a 50% reduced deposit.  Suites get free Wi-Fi.  Be sure and check the fine print for Holland America’s cancellation policy before you make your deposit. 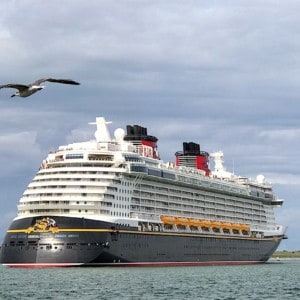