You won’t find a Flor de Jerez cocktail in my mother’s 70-year old handwritten cocktail recipe book.  As the trend for new and renewed craft cocktails flourishes, Holland America is keeping ahead of the pack.

The innovative cocktail recipes were developed by Master Mixologist Dale DeGroff and his team of talented mixologists.  Also known as King Cocktail, DeGroff has authored two bestselling cocktail books.  He’s also the founding president of The Museum of the American Cocktail.

The new craft cocktail menu features seven specialty drinks that exemplify the craft cocktail movement.  Four of the featured cocktails are sure to become modern classics.

The prestigious James Beard Who’s Who of Food and Beverage in America inducted DeGroff in 2015.  Since 2016, DeGroff has directed Holland America Line’s cocktail program and introduced new libations in the bars on board.

“Dale and our beverage team have put together an exceptional new craft cocktail menu that is an expressive collection of drinks created by some of the foremost experts in the craft cocktail world,” said Orlando Ashford, president of Holland America Line. “We’re continuously working with Dale to evolve our cocktail menus to be on the cutting edge of what’s trending and what’s going to resonate with our guests.”

You can sip the new drinks from the craft cocktail menu at the Gallery Bar and also at the Ocean Bar, the Explorer’s Lounge, the Crow’s Nest and my favorite, Tamarind Bar. Head up to the Lido pool bar, too.

The signature cocktail menu includes the Gallery Gimlet, Hemingway Daiquiri, Yuzu Margarita, The Ritz Cocktail.  Plus, Whiskey and Joe, Another Shade of Greyhound, and a Slightly Less Than Perfect, Perfect Manhattan. 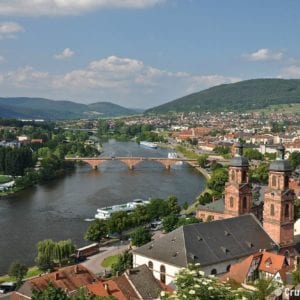