When it comes time to decide which Europe river cruise is the best for you, it’s not so much about the river cruise line, but the actual river itself.

Europe River Cruises on the Rhine, Main and Danube Rivers

Imagine towering cathedrals, castles perilously perched at the edge of cliffs and medieval monasteries.  Ancient cities and imperial powers that once ruled the banks of Europe’s greatest rivers; the Rhine, Main and Danube. There’s no better way to explore the history, culture and cuisine of these grand destinations than on a Europe river cruise.

What differentiates each river cruise itinerary? This overview helps explain what distinguishes each of these three unique Europe rivers and the experiences along their paths.

The Rhine River forms in Switzerland and begins its downhill journey from Swiss Alps becoming navigable in the Swiss city of Basel. As the river flows northward (yes, northward!) towards the North Sea, it hugs the western edge of Germany’s famous Black Forest.

Seven-night northbound Rhine River cruises heading to Amsterdam usually begin in Basel, Switzerland.  You can count on at least five city visits along the way. And the same for the reverse itinerary.

On route to Amsterdam, the Rhine flows through France, the famous Alsace wine region.  Sip some of the fine wines produced only in Alsace on a tasting tour.

The next major city heading north is Mainz, Germany where the Rhine meets the Main (pronounced Mine) River.

If your cruise stops in Mainz, check out the Gutenberg Museum that houses a replica of the 15th century Gutenberg printing press and two original Gutenberg bibles.

Cruising along the Romantic Rhine River

Rüdesheim, a charming medieval village with eclectic little shops, cafés and landscaped paths that extend along the waterfront.

Don’t miss the slightly quirky (and a little creepy) Siegfried’s Mechanical Musical Instrument Museum, one of the largest collections of mechanical music instruments and music boxes in the world.

After Rüdesheim, this area of the river is called the Upper Middle Rhine but more well known as the “Romantic Rhine.”

Recently, this 40-miles stretch of the Rhine Gorge was named a UNESCO World Heritage site. Towering cliffs lead to the narrowest part of the Rhine at the fabled Loreley Rock. Hundreds of ships over the centuries have met their fate here from the swift current and sharp horseshoe turn.

Past the Rhine River Gorge and just after Koblenz, where the Mosel River meets the Rhine, the scenery becomes more industrialized.

On the approach to Cologne, the river widens and boat traffic increases towards the Netherlands. The river divvies up and the main waterway flows towards Rotterdam and the North Sea.

The tributaries merge into the Amsterdam-Rhine canal for the remaining forty-five miles to Amsterdam.

The Main River is sandwiched between the Rhine and the Danube and a mere 326 miles long.  Many cruises that include the Main River are part of a Rhine or Danube river cruise itinerary.

The headwaters begin in Bavaria, Germany, just above Mainz. The river flows westward toward cosmopolitan Frankfurt, through rolling, pastoral countryside and steep vineyards until it reaches the beautiful medieval city of Bamberg. It’s a short motor coach ride from the Main River dock to the bus drop-off in Bamberg.

Expect activities on a Main river cruise to include the option to explore ancient towns and villages, sip new vintages at local wine tastings or just kick back and watch as the scenery slips by.

Don’t be surprised if you lose your sense of direction. The Main River bends and curves as small grassy promontories jut out into its path, nearly the entire length of this small river.

One of the highlights of being on the Main River is passing the Continental Divide.  I thought that the huge cement sculpture was the actual position of the divide, but it’s the tiny little cement block just to the right (in the shadow) that is the official marker.

Reminders of the Past

When your river ship docks in some of these smallest of towns, be sure to go ashore and walk around as much as you can. In some towns you’ll find memorial brass plaques, called stumbling stones, embedded in the sidewalk.  Remembrance markers indicate homes from which Jewish families were abducted and sent to concentration camps. Roman monuments that have stood the test of time can be found nearly everywhere in every city.

As the Main River passes through Bamberg it merges into the new Main-Danube canal. Built in 1992, the Rhine-Main-Danube Canal makes it possible to travel the entire 2,200 miles of the Rhine, Main and Danube rivers from the North Sea to the Black Sea, through fifteen countries along the waterway.

If you’re not humming the melody to this Johann Strauss waltz by the end of your Danube cruise, well, there’s something amiss. Depending upon your location and sunlight, there is some truth to the fabled blue color. The mighty Blue Danube river flows nearly 1,780 miles from the southwest corner of Germany to its delta in the Black Sea.

Along the path, the Danube passes through ten countries including the Ukraine. Nine, not including the Ukraine, are on major river cruise lines’ itineraries. Industrialized northern cities, rolling countryside dotted with towering castles and the rugged wilderness of the Iron Gates gorges in Serbia transport you from modern and medieval times to ancient Roman battlefields.

From the north in Austria, the Danube meanders through the UNESCO-designated Wachau Valley, one of the most charming and picturesque regions on the river. Only twenty-five miles long, cities in the Wachau Valley include Melk with its imposing, gold-color Melk Abbey.  The castle ruins where Richard the Lion-hearted was imprisoned are visible as you cruise past Durnstein.

As the Danube twists and turns on its southbound journey, the glittering cities of Vienna and Budapest give way to the sharp contrast of war-torn towns and villages of Croatia and Serbia, whose bullet-ridden buildings are a constant reminder of recent fighting.  Cruises to Bucharest, Romania (nicknamed the Paris of the South) end in Rousse, Bulgaria or Giurgiu, Romania.

Read next:  The Best Time of Year to Take a River Cruise

Danube river cruises vary in length from seven days to over two weeks. Spring and fall seasons bring cooler temperatures, less humidity and fewer tourists. An early spring thaw in the Alps can cause flooding on the Danube.  Not enough rain can bring river traffic to a grinding halt.  Prepare for whatever Mother Nature might have in store and experience one of the grandest inland waterways in the world.

The Best Europe River Cruise is…

Combine a cruise on all three rivers and journey through the heart of Europe. Nearly four weeks, a cruise from Amsterdam to Bucharest, Romania (or vice versa), sails through nine countries and two-dozen cities and towns.  If you have the time and the money, this could be the best river cruise in Europe!

Don’t wait too long to reserve your cruise. Prime summer dates sell out nearly a year in advance. An early spring or late fall cruise will have the lowest prices, but bring a warm jacket, gloves and hat. The lower Danube is wide and windy while the northern Rhine can be cold and damp. No matter what season you choose, time spent gliding along the calm, European waterways will be a vacation to remember. 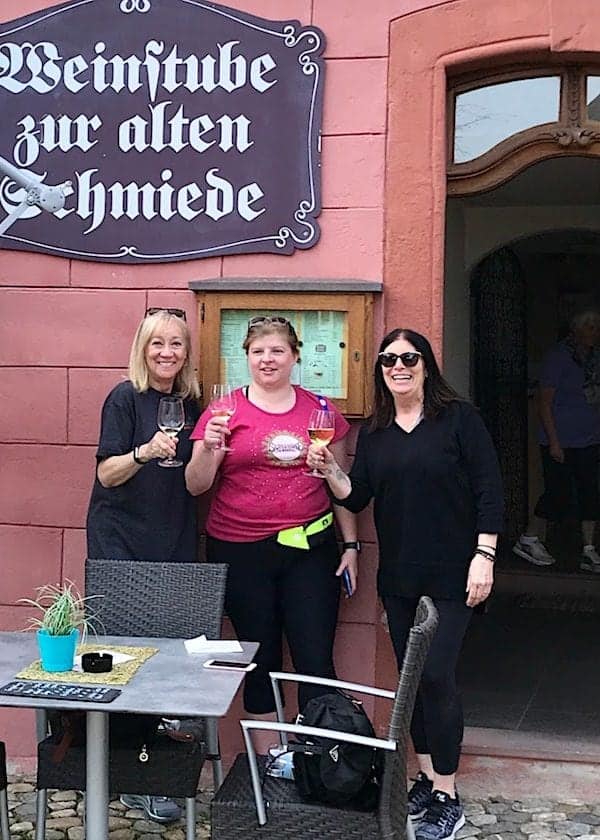 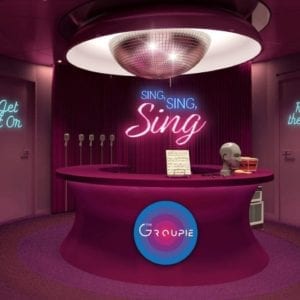