Less than a week after making headlines when Viking Sky lost power off the coast of Norway, there’s another Viking incident. Shortly after midnight on Monday morning, Viking Idun collided with an 18 million-pound petroleum tanker.  Both vessels were cruising along the calm Scheldt estuary in northern Holland when the accident happened.

Viking Idun, a mere 440′ in length, was on a springtime Tulips and Windmills itinerary that runs roundtrip from Amsterdam.  It’s a beautiful itinerary as you cruise Holland’s inland waterways.

The river ship departed Antwerp and was underway to the university town of Ghent, also in Belgium when the accident occurred.  Viking Cruises stated that there were no serious injuries among the 171 passengers though five guests were said to have received minor injuries.  Of the 44 crew members, one was reported to have been taken a the local hospital.

The Maltese-flagged tanker, Chemical Marketers, sustained a gash in the hull.  The bow of Viking Idun received some damage but luckily it was above the water line.  Neither vessel leaked any substances into the water nor was at risk of sinking.

The Viking river ship has been towed to the nearby port Terneuzen in the Netherlands, in Zeeland province.  The passengers will continue on a modified version of the itinerary by motor coach instead of river ship.

Viking Cruises stated that the river ship will be ready to sail again on April 4. 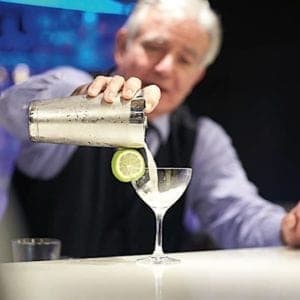