Headquartered in Switzerland, Emerald Cruises is still a relatively young river cruise line compared to the competition and is considered a value brand due to its competitive pricing.

River cruises are offered on eight rivers throughout Europe. Emerald’s super-yacht product, set to debut in 2022 with Emerald Azzurra, differentiates the brand with an oceangoing option.

Joining the fray of river cruise companies with active excursions, Emerald provides its guests with a fleet of bicycles for use on most sailings. Guests have a choice of complimentary excursions that include at least one active option in each port.

A dedicated activity manager is on each ship coordinating guest experiences ashore and onboard, from fitness classes to evening amusements.

READ MORE:  The Best Time of Year for A Europe River Cruise

Emerald owns nine river ships, referred to by the line as Star-Ships.  One of those is a chartered ship that sails the Volga River in Russia. The 410 foot-long MS Nizhny Novgorod was refurbished in 2019.

Emerald Liberté is 361 feet long and plies the French waterways of the Rhône and Saône. Emerald Radiance was purpose-built for Portugal’s Douro River at 292 feet long.  Emerald Harmony is the line’s dedicated ship on the Mekong River, measuring 239 feet long.

RELATED:  How to Pack for a Spring Europe River Cruise

Emerald’s six primary ships on the popular Rhine, Danube, and its tributaries accommodate 180 passengers in 91 cabins.  The smaller Emerald Luna has a scant 92 cabins.

Emerald Liberté hosts up to 132 passengers in 67 cabins, while Emerald Radiance has the capacity for 112 guests in 52 cabins. On the Mekong, you’ll sail onboard Harmony with 84 total guests in 42 cabins.

The greatest capacity on an Emerald ship is its chartered vessel, Nizhny Novgorod, which can accommodate 204 passengers with 106 cabins. The Yacht Emerald Azzurra carries 100 guests in 50 cabins.

Children over the age of 12 are allowed onboard all Emerald’s river ships.  Any passenger 21 years or younger must room with an adult over the age of 21. Family groups are welcome onboard, but there are no dedicated activities for children.

Riverview Suites are featured on Emerald Radiance, at a whopping 300-square-feet with views along two walls of your cabin.

To say “cheap and cheerful” would be selling the river cruise line short, though good value and friendly service both apply. We like that dedicated ships in France, Portugal, and Southeast Asia are custom fit to each destination, and the experience including the cuisine reflects the itinerary.

The onboard ambiance is casual and comfortable across the fleet.  There are no formal nights other than the welcome aboard and farewell dinners.

Emerald Cruises primarily attracts North American and British passengers.  You’ll find a smattering of Aussies and New Zealanders who have crossed over. Expect to mix with lively retirees as well as a handful of working professionals on any given sailing.

An Emerald Cruises review wouldn’t be complete without mentioning the dining.  As with most river cruise lines, basic choices are uniform across their river ships.  Dining venues include the Reflections Restaurant, where a destination-inspired multi-course meal is served at dinner.  A plentiful buffet for breakfast and lunch are also offered at Reflections.

There’s the Horizon Bar and Lounge for a casual bite and Sky Barbecue on the top deck and serves hot off the grill, weather permitting.

Guests can also enjoy light fare for breakfast and lunch at The Terrace, on Deck 3. On Emerald Harmony, there is the Lotus Lounge in place of the barbecue, offering tea and snacks on Deck 2.

Once again, Emerald has thought about solo travelers.  They’ve included tables for two in the dining room, for those that prefer a quiet meal alone.

There are no specialty or additional-fee dining options found on any of Emerald’s ships.

Emerald Star-Ships’ signature amenity is a convertible heated pool that transforms into a cinema by night with a retractable roof.  Due to their smaller size, the pool does not convert on Emerald Harmony or Radiance.

Apart from this fancy feature, river ships feature a sun deck with lounge chairs, a walking track, a putting green, and a small fitness center onboard with both machines and weights.

Nearby is a spa treatment room and a hair salon. Most river ships also offer use of bicycles on a sign-up basis. There is also a small souvenir shop onboard selling logo items as well as local wares.

Emerald River Cruises are Best For…

First-timers looking to explore some of the world’s most popular rivers; friends, couples, or adult families who want to sail in comfort but don’t require luxury.  It’s also appealing to cruisers who are yacht-curious but whose entry point is mid-market river cruising.

Wine, beer, and soft drinks are included at lunch and dinner, as well as unlimited tea and coffee. An onboard sommelier handpicks local wines to feature each evening, and recommended premium and rare wines are available for an additional charge, as are cocktails.

Depending on the region, special tasting events might take place such as a port tasting while sailing the Douro. A variety of drink packages are offered for a fee.

A true perk of Emerald Cruises is that all gratuities are included in the price of their river cruises.  No surprises at the end of your trip. 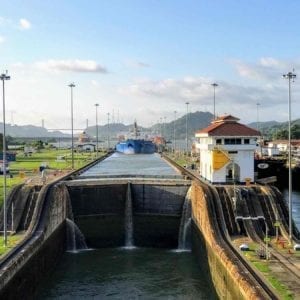