The Rhine River begins its downhill journey from Swiss Alps becoming navigable in the Swiss city of Basel. As the river flows northward, it hugs the western edge of Germany’s famous Black Forest.

Storybook castles appear around nearly every bend until you reach Strasbourg, France, the capital of the Alsace region. While you stroll through this medieval city, be sure to taste some of the fine wines produced only in Alsace.

Welcome to Mainz, Germany where the Rhine meets the Main River. If your cruise stops in Mainz, check out the Gutenberg Museum which houses a replica of the 15th century Gutenberg printing press and two original Gutenberg bibles.

Next up is Rüdesheim, a charming village with eclectic little shops, cafés and landscaped paths that extend along the waterfront. Don’t miss the slightly quirky Siegfried’s Mechanical Musical Instrument Museum, one of the largest collections of mechanical music instruments and music boxes in the world.

The Rhine River then navigates a breathtaking forty mile stretch called the Rhine Gorge. Recently named a UNESCO World Heritage site, the jagged hillsides are dotted with a castle every mile. Towering cliffs lead to the narrowest part of the Rhine at the fabled Lorelei Rock. Hundreds of ships have met their fate here from the swift current and sharp horseshoe turn.

Past the Rhine River Gorge and Koblenz, where the Mosel River meets the Rhine, the scenery becomes more industrialized. On the approach to Cologne, the river widens and boat traffic increases towards the Netherlands.

The river divvies up and the main waterway flows towards Rotterdam and the North Sea. The tributaries merge into the Amsterdam-Rhine canal for the remaining forty-five miles to Amsterdam 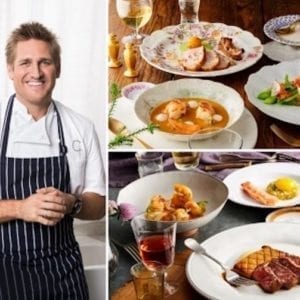