The first of the three new ships, American Constellation, will have five decks, marble tile bathrooms, floor-to-ceiling sliding glass doors, private balconies and accommodate up to 170 passengers.  The ship will launch in May 2017, 9 weeks ahead of schedule.  The ship will also feature the largest staterooms in the industry.

Topping off the new ship, the signature red, white, and blue stack was lifted into place on the top deck. Designed to navigate America’s coastal waters, the American Constellation will be fitted with stabilizers, eco-friendly propulsion technology, and many modern amenities. The ship will also feature the largest staterooms in the industry, private balconies and floor-to-ceiling sliding glass doors.

Scheduled for launch in 2018, the sister ship to American Constellation is under construction and will also accommodate 170 guests.

The third ship on order is the first in a series of new river boats.   The new riverboat will accommodate nearly 195 passengers and of course, be built to cruise America’s rivers.  I’ll share the designs as soon as I get them.

American Cruise Line currently has over 35 itineraries from 4- to 21 nights.  Cruises include the Mississippi River, Columbia and Snake Rivers in the Pacific Northwest, Alaska, New England and the southern coastal states. 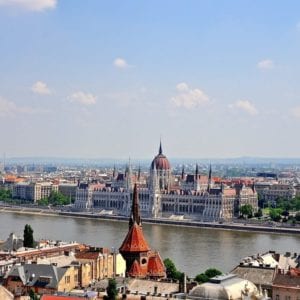