Carnival Corporation has made the news again, and not favorable, either.   This time, the issue is discharging untreated gray water while docked in Florida.

Carnival and another gray water accident

All totaled, about 5,900 gallons of untreated gray water was released into the channel.  This was confirmed by the Florida Department of Environmental Protection.

How this accident happened

The accident happened as the ship was discharging water from the ballast system to stabilize the ship.  According to Port Canaveral authorities, it was determined that cleanup was not necessary.   Carnival Elation departed Port Canaveral later that day on its scheduled four-day cruise to the Bahamas.

What exactly is gray water

Sort of like it sounds.  Gray water when left untreated contains the soapy run-off from bathing, washing and doing laundry.  Gray water when untreated may contain all types of bacteria, soap and laundry detergent residue, metals  and even grease and oil.

Apparently, the E.P.A. will not take any further action and Carnival will not face any penalties.

Carnival Corporation is already in hot water for previous polluting

No stranger to environmental pollution, Carnival Corp. is on a five-year probationary period after a plea deal and paid a $40 million fine for environmental crimes that culminated in the 2016 conviction.

According to the Miami Herald, “At a hearing in December, Carnival Corp. executives told the court that its ships illegally discharged gray water four times during the company’s first year on probation from April 2017 to April 2018, and five times the following year. ”

Also under investigation is the dumping of 26,000 gallons of gray water from Holland America’s Westerdam back in September 2018 in, of all pristine places, Glacier Bay National Park in Alaska.

While this is still under investigation, we’ll publish the final verdict when it is decided…which may also take years. 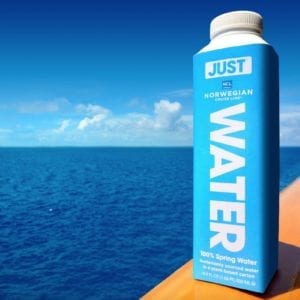