On February 4, 2021 the Canadian Government extended its ban on large cruise ships through February 28, 2022.  With that extended Order, the entire Alaska cruise season in 2021 looks as though it would be a repeat of 2020; no cruise ships and no tourist revenue.

It’s during that brief window from late April until mid-September, the state brings in a whopping $1.35 billion from a variety of related revenue sources.  Among these are taxes paid to Alaska by the cruise lines as well as shore excursions, dining and souvenirs.

If the Alaska cruise season 2021 repeats 2020 without cruise ships, the disappearance of thousands of eager-to-spend passengers would have a devastating affect on Alaska.  Especially the Southeast.

Last week, U.S. Senators Lisa Murkowski (R) and Dan Sullivan (R), introduced the Alaska Tourism Recovery Act.  The objective of the Act is to circumvent the Passenger Vessel Services Act (PVSA) restrictions that applies to cruise ships between the State of Washington and the State of Alaska.

RELATED:  Do You Need a Passport for an Alaska Cruise?

Back on February 24, 2021, Congressman Don Young (R-AK) introduced companion legislation in the House of Representatives.  This bill of the same name, (Alaska Tourism Recovery Act) would provide a temporary PVSA workaround.  For the roundtrip cruises between Alaska and Washington State it would consider the cruise ships as foreign voyages for the purposes of U.S. law.

These solutions are temporary and would only apply while Canadian waters and ports are closed to vessels carrying in excess of 100 passengers and crew.

This new legislation would allow cruise ships to sail to Alaska from the Lower 48 without the required stop in Canada, as U.S. law currently requires. As it is now, foreign-flagged cruise ships (ex. all the big-ship cruise lines) are not allowed to embark or disembark passengers at two different ports in the U.S. without a service or port call at a foreign port.

On Alaska cruises that depart from Seattle, the required foreign port call is usually done on the southbound return trip at either Vancouver or Victoria Island, British Columbia.

Because many Alaska cruises also begin in Vancouver, B.C., these ships aren’t affected by the PSVA.  But since no cruise ships with foreign flags can come and go from any Canadian port, they are automatically knocked out of the Alaska cruise season.

In a statement, Murkowski said, “Alaskan communities are already facing severe economic hardship and uncertainty from missing one tourism season as a result of Covid-19. We have seen double-digit employment declines in Southeast and a more than 30% drop in revenue statewide. Missing another cruise season would only compound the economic fallout that has been devastating for so many families.”

In the meantime, several cruise lines continue to sell Alaska cruises on their websites or through online travel agencies.  Even though these cruises can be booked, it doesn’t guarantee that the Alaska Tourism Recovery Act will become a reality.

“We’re continuing to pursue our multiple pronged approach to tackle this issue, by working closely with the Canadian government, our own CDC and Administration officials, and local Alaska leaders to address any other hurdles that could cause a delay in the 2021 tourism season,” said Sullivan.

An Alaska cruise in 2021 on a big ship isn’t not entirely hopeless at this point.  Keep your fingers crossed that Alaska can salvage part of a this season. 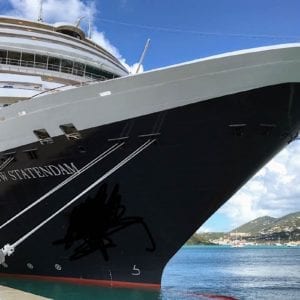