Sometimes it’s as if I hear Perry White at the Daily Planet, screaming at me to write the article NOW!  Be the first to break the story.

Does CruiseMaven.com then become a cruise news blog?  What about my original focus to bring my cruise and travel experiences to my readers through my own voice?  After all, that was my original intent.

The backstory
Years ago I worked at the iconic WLS radio station in Chicago.  The front door to WLS was adjacent to the door of the legendary newsman, Paul Harvey.  Every morning we’d wave, smile and lip-sync “hello.”  When we did actually speak in person, I was mesmerized; he sounded the same in person as he did on the radio.

If the door to his office was open, a cacophony of clicks and bings at a deafing volume reminded you that at any given moment, one of the dozens of his teletype machines would tick tick tick a global news event.

Fast forward about thirty-five years to today.  At any given hour of the day, I receive Google Alerts, PR people emailing me, newswire releases and on and on.  I could stop what I’m doing, rush to my keyboard and type type type the breaking event, just as Paul Harvey’s assistant did in Chicago. That’s when I also hear Perry White saying, “Get the scoop!”

Conversely, if I pass up on a story only to tackle it a mere 5 hours later, do I then want to repeat, ad nauseum, what every other travel / cruise blogger has already posted?  I can’t tell you how many times I’ve passed on a great story so as not to be a copycat of  my small circle of cruise blogger friends.  How many times can the same story be re-hashed before it’s old news?

Put on my Press hat; lose my voice
Can I be a cruise news reporter AND not lose what I consider most important?  First and foremost, presented in my own voice, is to offer readers informative and interesting articles and photos from my global wanderings.    Places, people, food and beverages, travel tips and ideas from around the world…in my own voice.

While earth-shattering cruise news is important and/or entertaining, it’s very frustrating to read fifteen versions of the same story, not to mention having to write about it.

The rest of the story

In the grand scheme of things, is any of this really important?  What about my “voice?”  From now on, I won’t hesitate to put my own spin on a over-written news item as long as I can weave originality into it.

Conversely, when I look at statistics and analytics, the articles that get the most views, readership and comments are those that I’ve written from my heart.  So here’s the deal.

I can wear two hats.  When there’s a breaking news story, usually cruise industry related, I’ll get it published as soon as possible.  But I’ll still upload my photos and blog, tweet and Facebook my way around the world as I have been doing for a long time.

Thank you, Mr. Harvey, for instilling within me a sense of journalistic ethics, humor and humility and the ability to keep my “voice” in all aspects of journalism. 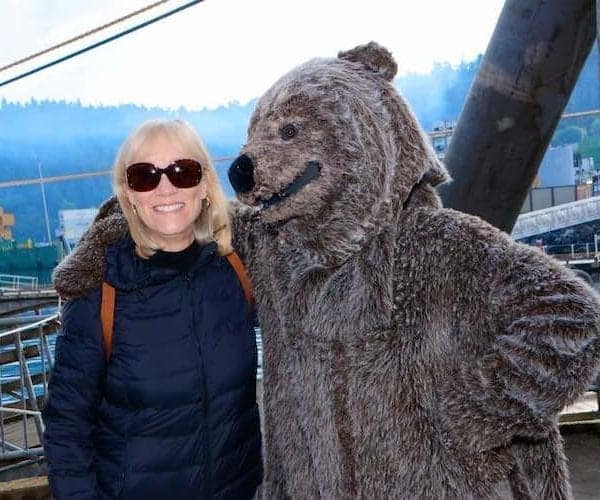 Your Cruise Maven Newsletter is Back