What are the best cruise excursions to do in Valletta, Malta with only one day in port?  Here are our recommendations to make the most of your cruise day in Malta, an ancient and fascinating port.

Best things to do in Valletta, Malta

Valletta, the capital of the small independent island of Malta, is one of three islands in the Maltese Archipelago.  Located in the western Mediterranean, Malta is only 52 miles south of Sicily. Your ship docks fairly close to the old walled city.  Even though it’s a short walk (about 20 minutes) keep in mind that Malta was inhabited over 5,000 years ago.

English is commonly spoken on Malta mainly due to it being a British colony from 1813 until the end of World War II. Because of the island’s proximity to Italy, Italian is also commonly spoken and Catholicism is the major religion.

Currency in Malta is the Euro and yes, shopping in Valletta is excellent and pricey.

Life on Malta dates back over 5,000 years to around 3000 BCE.  Ancient temple ruins dot the island and may be seen from some of the roads.  Shore excursions can take you around the island to view many of these megalithic sights as well as include a visit to Mdina, the historic Old Town of Malta.

Many of the sidewalks are ancient cobblestone, stairways aren’t always level and even the main shopping area is on somewhat uneven terrain. When you visit Valletta, you might want to arrange for a taxi from your ship or take one of the colorful horse and buggy rides to the interior.

Another walled city over 3,000 years old, you’ll want to pay a visit to Mdina Cathedral. The cathedral and cathedral museum house a collection of oil paintings and frescoes, wood cuts by Albrecht Dürer and beautiful inlaid marble floors.

One of the best things to do back in Valletta, especially for art enthusiasts is to head over to St. John’s Co-Cathedral in the center of town.  Inside this cathedral is a small museum with several works by Caravaggio.  Many of the Knights of the Order of St. John of Malta are buried in this very important cathedral.

READ NEXT:  What to do in Rome on Your Mediterranean Cruise

Shoppers will find delicately woven Maltese lace, blown glass and even brass door knockers sold throughout the island.  Silver filigree jewelry and locally made pottery is also popular among tourists.  The central shopping area in Valletta is located inside the walls, along Republic and Merchant Streets.  Many of the shops close between 1pm – 4pm and reopen until 7pm.  If you’re on a morning shore excursion, you may not have a lot of time to shop.

Best places to eat and drink in Valletta

Once again, because of the island’s proximity to Sicily, Italian fare rules the roost. Local specialities include bragioli – spicy beef and olive rolls and it’s common to find rabbit stew on the menu. Tourists tend to favor traditional pizza and pasta choices but shouldn’t miss a taste of the locally produced cheese, Gbejniet, usually served in soup.  Lampuki Pie (fish pie) and Kapunata, (Maltese ratatouille) are also good lunch choices.

If you decide to walk back to the ship, waterfront cafés dot the promenade and make for a nice finish to your day. Taxis are also available for the short distance back to the ship.  Be sure to have Euros with you in case the taxi does not accept credit cards.  A 10% tip for taxi rides and restaurant servers is standard.

Places to see in Valletta, Malta

Also called the Church of the Knights of the Order of St. John, St. John’s Co-Cathedral is located on St. John Street. Completed in 1577 and dedicated to St. John the Baptist, the cathedral is one of the most significant buildings on the island.  The interior was decorated in the “new” Baroque style, ornate and similar to the palaces in Europe.  St. John’s is the owner of the largest collection and the most important work by Michelangelo Merisi da Caravaggio, on display in the Caravaggio Centre.

Take a stroll through the beautiful grounds of what was once the private gardens of the Italian Knights. Overlooking the Grand Harbour, you can view the fortress towns of Cospicua, Senglea and Vittorosa.

Located downtown, this museum is housed in an 18th palace.  Inside you’ll find possessions of the Order of St John including furniture, sculptures and world-renown artworks of Carpaccio, Michelino and Tintoretto. Local Maltese artists also have their works on display.

When you’re walking through the Old Town in Valletta, remember to pay attention to the architecture.

At the end of the day, especially in summer, the short walk to the ship can seem like miles.  Treat yourself to a horse and buggy ride back to the ship.

Whether you choose your cruise shore excursion to tour the island or spend the day on your own in the Old Town, a cruise visit to Valletta, Malta takes you to one of the most unique ports of call in Europe. 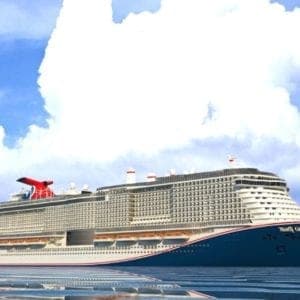