Cruising Solo: What the Cruise Lines Don’t Want You to Know

I’ve been a solo cruiser for a very long time and almost always by choice.  Maybe once or twice, I cruised solo because a roommate had to cancel.  If you’re just about ready to commit to your first solo cruise or only have a couple solo adventures under your belt, here are some things to know before you go.

As an experienced solo cruiser, we never hesitate to set out on our next cruise.  We love to cruise solo on a whim, take over an entire stateroom, do what we want when we want to do it.  All looks really rosy.  And it usually is.

What cruise lines and fellow solo cruisers don’t want you to know about cruising solo probably isn’t what you’d would expect.  No, it’s not about being alone on your balcony under a beautiful moonlit sky.  Or having no one to schmear suntan lotion on your back.  Dining alone in a crowded dining room. Or even having an end-of-the-cruise glass of champagne by yourself. None of these situations are unexpected or surprising.

There’s a challenging side to a solo cruise that we, as solo cruisers, have simply had to adapt to and accept in order to survive. 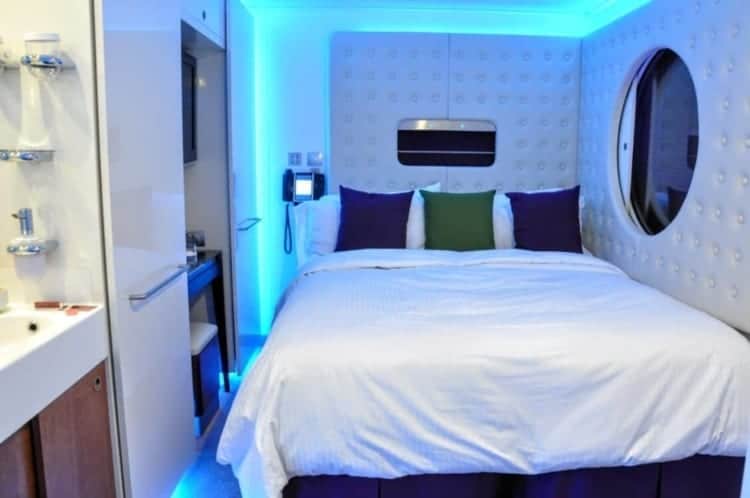 You probably know where I’m going with this one.  The Dreaded Single Supplement.  When a cruise line can fill a stateroom with two people, why should they give it away for only the price of one?  Most times a solo cruiser will end up paying 200% for the stateroom.  The only good thing about this is that with almost every cruise line, the solo cruiser only pays one tax and one port charge.  A couple of cruise lines still charge a solo cruiser TWO port charges.  That’s just highway robbery.

If you think that booking a solo cabin (think tiny!) will save you money, think again.  You’re paying for the uniqueness of being in a new single stateroom.  More times than not, a solo cruiser who buys a double-occupancy stateroom and pays a hefty supplement will come out spending less than if purchasing one of the new solo staterooms. Huh? That doesn’t sound right. Right?

Solo staterooms are trendy and quickly sell out.  Occasionally, if you reserve far enough ahead (like 18 months) you may be able to get a decent rate on a solo stateroom.  But even so, it’s crucial to closely monitor your cruise line for price drops.

If your cruise line drops their rates before your final payment, you should be able to change your solo stateroom to an inside or even a balcony for less money.  A lot depends on the time of year, itinerary and if the ship just isn’t sailing full. 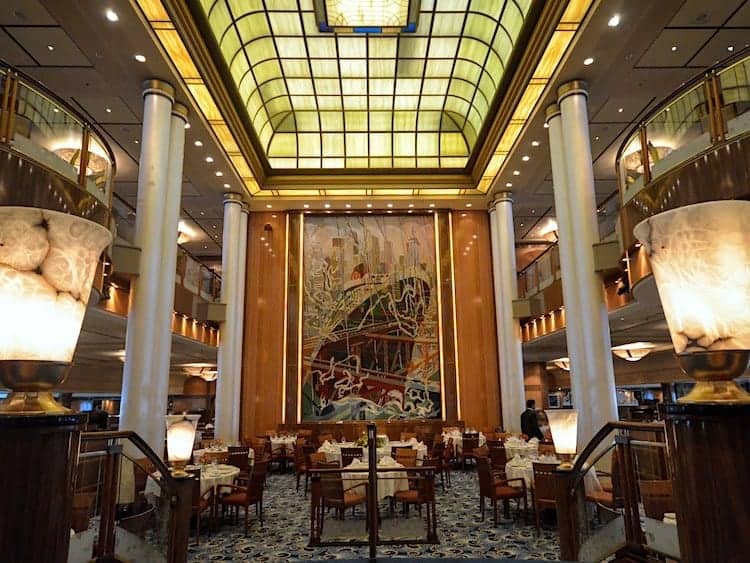 2.  Dinner in the Main Dining Room

If cruising solo isn’t challenging enough for some people, dining on a ship as a solo can be terrifying.  If you’re not comfortable dining alone in a land-based restaurant, your shipboard dining experience should be better.  At least on board a ship you have options.  Retreat into your own world if you go to the Lido buffet or one of the sandwich or pizza bars.  But for social reasons, the Main Dining Room can be a lifeline if you need one.

If you request a large table in the dining room, be forewarned.  Even if you’ve requested to sit at a large table with solos, there’s still the chance of a mix-up.  Your waiter could lead you to your table on the first night, only to find that the others at the table are all cozy couples.  That’s happened to me a few times.  Right after dinner I went straight to the Maître d’ and remedied the situation for the next night.

Here’s what I do in the Main Dining Room

If the waiter leads you to your assigned table, walk slow.  As you get nearer and it looks like all romantic couples, keep walking.  Quietly tell the waiter that you want to go back to the Maître d’ and get a new table assignment.  I’ve done this many times.

Either I keep walking or I stop in my tracks and do a U-turn.  Not that I have anything against dining on big cruise ships with couples. (It’s a different situation on river ships).  But on cruise ships, if I want to be sociable, it’s with other solo travelers or just pals traveling together.

Even at a table full of solo cruisers, there might be no one with whom you can relate.  Head for the Maître d’ asap. Just make sure to say that you don’t want your next table near that one.  It could be very embarrassing.

I’m firmly convinced that four eyes are better than two when exploring a new city.  If “mazeophobia”, my made-up name for fear of getting lost or of being in unknown surroundings, is something of concern, you’ll need to be prepared.

Of course, you’re going to have to turn on your inner radar for anything or anyone that gets too close to you.  With only one set of eyes, you’re on your own.

This can be tricky.  With no one to watch your back, you have to be very aware of your surroundings as well as using your PIN and pocketing your new money.  Do it quickly, securely and leave the area.  If you happen to see familiar faces from someone that you know from your ship, it’s possible to ask them to watch your six.  And you’ll do the same for them.

Read related:  Top 10 Reasons Why I Love to Cruise Solo 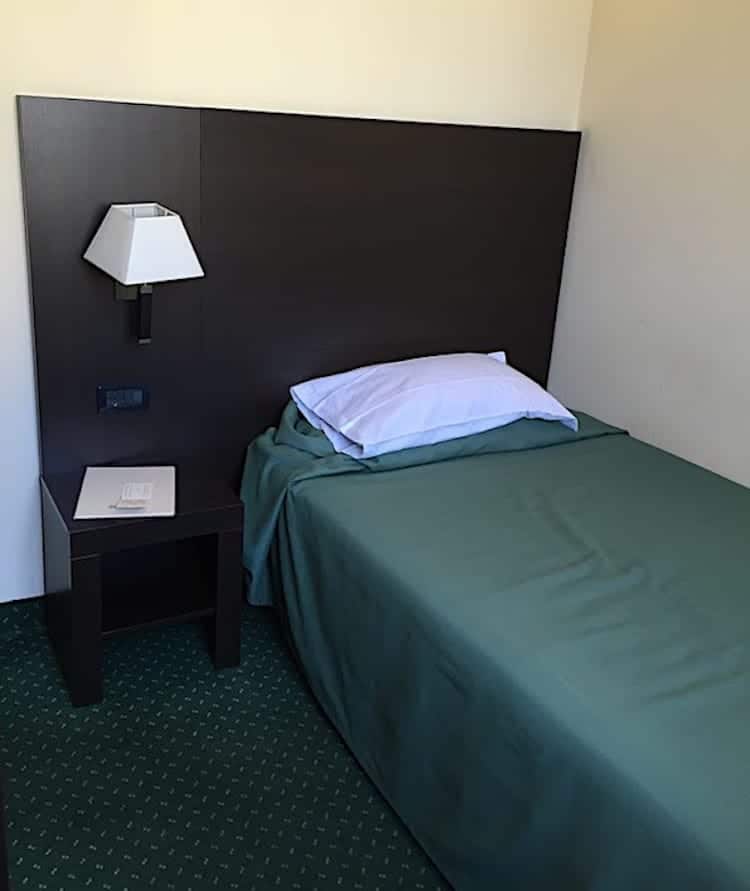 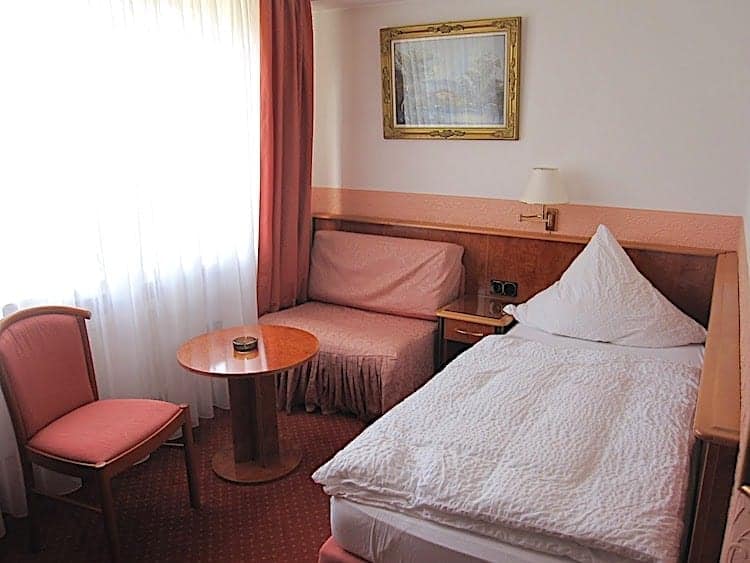 Not so much in the U.S., but if you’re traveling all the way to Europe for your dream Mediterranean cruise or an exciting river cruise, chances are you’ll stay a few days at either end of your cruise.  If you’re not familiar with single-size hotel rooms in Europe, you’re in for a surprise.

I’ve had hotel rooms so small that I had to walk sideways into the bathroom.  Some rooms are nothing more than refurbished broom closets with a window.  Seriously. Compare prices with your cruise line and booking a hotel on your own.  Factor in the cost of transfers.  Chances are, you’re better off not doing this through your cruise line.

Technically, there’s nothing wrong with these tiny rooms, many of which are much smaller than your average interior stateroom.  But if you reserve a single room at a hotel in Europe and expect something the size of your typical double room in a hotel in America, it doesn’t exist.  And if you’re slightly claustrophobic, reserve a double room.  Just like on a ship, you’ll pay a premium to have the room to yourself. 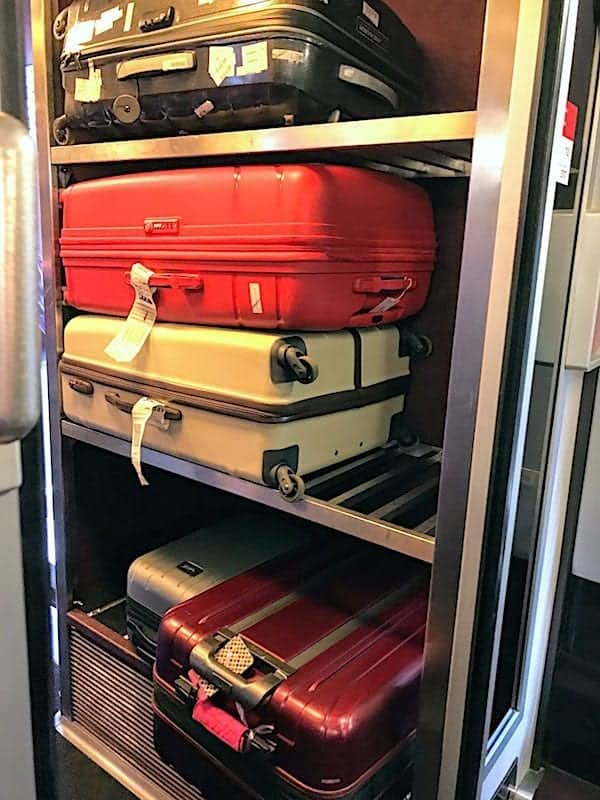 I’m thinking mainly about Europe but this can happen anywhere.  Are you taking a train or two in Europe after your cruise?  You should be prepared to have to lift your luggage up three or four steep steps to board and leave the train.  My BEST advice is to know where you need to board – memorize your coach number and seat number.  You can find this information online or at the train station.

As soon as the departure board posts the platform number, do your best to be at the front of the pack.  If you bought a 1st class ticket with a reserved seat, there will still be a mad crunch to board but not as bad as in 2nd class.

The second worst part after boarding is finding a shelf to stash your biggest suitcase.  If you want to chance it, you can wheel it to your seat and politely ask someone to put it in the overhead shelf.  Most men don’t have this problem.  But for me, even though I’m used to hauling luggage on and off of trains, I simply cannot lift my suitcase over my head to reach the shelf.

Read on:  More Tips and Advice for Solo Cruising

If you’ve read all of this and don’t feel daunted by any of the above then it’s time to plan your solo cruise!  As long as you know that there’s a potential for a downside for cruising solo, then hopefully you won’t be in for any surprises.

Once you become a savvy solo cruiser, hopefully right after your very first solo experience, none of these points will matter anymore.  Just try it.  Maybe take baby steps first like with a short 4-5 day cruise.   Weekend cruises tend to be party ships but the four- or five-day cruises which are mid-week, attract a different, usually more staid crowd.  If you want to cruise solo, just do it!  But I’m warning you…it’s addictive. 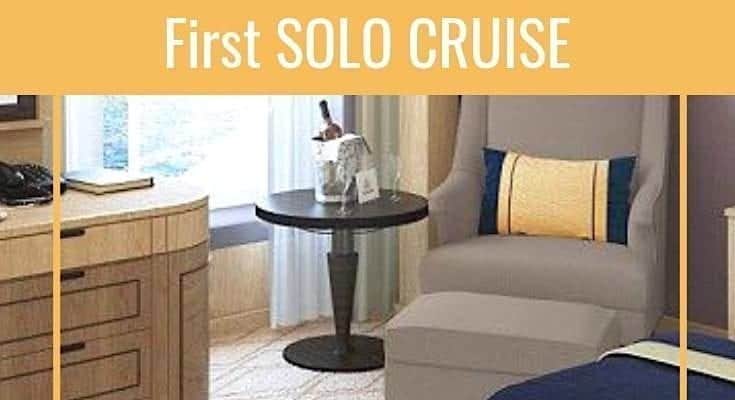 Five Things to Know Cruising Solo on a Transatlantic Crossing 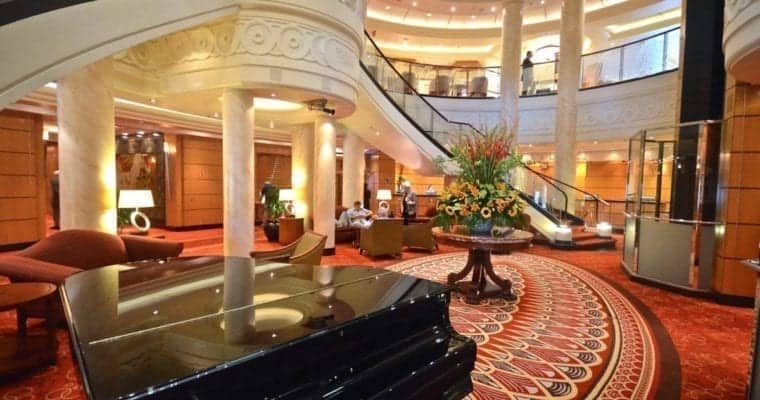 Do You Need a Passport to Take a Cruise From the U.S.
How to Travel with Pets Aboard the Queen Mary 2 Kennels

4 thoughts on “Cruising Solo: What the Cruise Lines Don’t Want You to Know”

How to Visit Alaska this Summer: New Travel Restrictions and Mandatory Testing

No Surprise. Norwegian Cancels All Cruises Until October

Cruise Lines Cancel All Cruises from U.S. Ports Until Mid-September