A rainy Amsterdam was the backdrop for the waterfront gala christening ceremony on March 1, but the steady drizzle didn’t dampen the celebration. Shielded by a sea of red umbrellas, invited guests, media and travel industry partners gathered along the quay for the six new Longships to be officially named.

Of the six new Longships, four will cruise the Rhine, Main and Danube Rivers. The remaining two longships will cruise the Seine River on a round-trip Paris to Normandy itinerary, including visits to Rouen and Monet’s Giverny.

Viking will debut a seventh new river ship in Spring named the Viking Osfrid, specifically built for the Douro River, to bring a total of three Viking ships in Portugal.

As a “thank you” to the travel industry for its continued support, Viking chose six key travel agency executives to be godmothers for each of the six new ships.

Viking Longships accommodate up to 190 passengers in 95 staterooms.  Their sun decks offer a shaded sitting area, an organic herb garden, a putting green and walking track.  Each of the 56 Viking Longships feature two Explorer Suites as well as seven two-room Veranda Suites with a full-size veranda in the living room and a French balcony in the bedroom; 39 Veranda staterooms with full-size verandas and 22 French balcony staterooms. Staterooms include heated bathroom floors, a mini fridge, and U.S. and EU outlets. 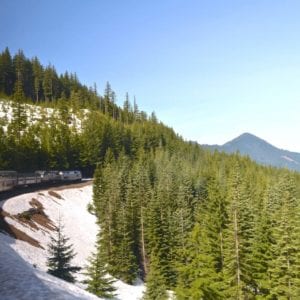