To commemorate the 75th anniversary of D-Day, Viking has put together a new 11-day cruise and tour itinerary.  The tour portion begins in London and continues on to Portsmouth and then into Paris. The weeklong Seine cruise heads north from Paris in time for the June 6, 2019 commemoration in Normandy.  Visits to several D-Day landing sites are included.

In addition to the longer D-Day and Paris cruise, there’s a new a 10-day Holland and Belgium cruise between Amsterdam and Antwerp.  Three new ports of call are included; Rotterdam, Maastricht and Nijmegen – all in Holland.  If you thought, like I did…what’s there to do in a Holland and Belgium cruise…think again.  The picture-perfect scenery, wonderful friendly people and incredible local food make this one of my favorite itineraries in Europe.  Viking offers this Holland and Belgium itinerary this year and again in 2020.

You’ve come all the way to Europe for a river cruise, why not stay longer either at the beginning or end of your cruise.  Viking has put together seven new enticing cruise extensions.

Viking is getting ready to launch seven new Europe river ships in March, 2019. The new ships include six Viking Longships for the  Rhine, Main and Danube Rivers.  The seventh river ship was specially designed to cruise Portugal’s Douro River. 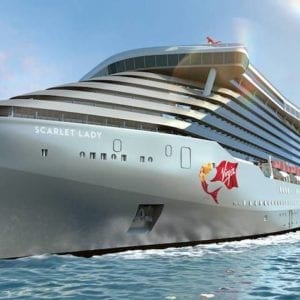