Viking Cruises cancels all cruises for the remainder of 2020 rather than attempt a re-launch too soon.  The cancellations extend to both Viking River and Viking Ocean cruises.

The 23-year old cruise line sent an email to its guests and travel agents on Wednesday.  In the note, Viking Chairman Torstein Hagen reminded readers that back in March, Viking was the first cruise line to suspend operations.  He went on to say, “We have made the decision to extend our temporary suspension of operations across all scheduled departures through December 31, 2020.”

Even though some cruise lines in Europe have plans in place to begin cruising, Viking isn’t taking any chances.  Plus, Americans make up a huge portion of Viking’s guests.   With the European ban on incoming American tourists, sales were bound to tank.

If you were booked on any of the canceled Viking river or ocean cruises in 2020, you are entitled to a 125% Future Cruise Voucher for whatever amount you have paid.

Unlike some other cruise line FCCs, these are fully transferable so if you decide not to use it yourself, you can give it to someone else. There’s a 24 month window to apply it to any river, ocean or expedition cruise.  Forgot to use it?  Just return your expired voucher to Viking.  They’ll refund the vouched amount to you.

But, if you’d rather have a refund for your canceled cruise, you need to request it from Viking before August 24, 2020.

Despite the canceled 2020 cruise season, Viking has high hopes for 2021 and beyond.  In 2021, the cruise line plans to launch their seventh ocean ship, Viking Venus.  Over in Southeast Asia, a new river ship, Viking Saigon, will cruise the Mekong.

Then in 2022, they expect the debut of two new expedition ships, Viking Octantis and Viking Polaris.  Itineraries include voyages to the Antarctica, the Arctic and the Great Lakes in North America.  There will be another and eighth ocean ship, Viking Mars.  Closer to home, Viking plans to build and launch their first ship to cruise the Mississippi river, Viking Mississippi.

READ NEXT:  Have a First peek at Viking Mississippi

It’s sad on so many levels to see the entire 2020 cruise season canceled, whether it’s Viking or other cruise lines.  But it’s always better to err on the side of health and safety than to rush back out to sea only to have to cut the cruises short due to an onboard outbreak. 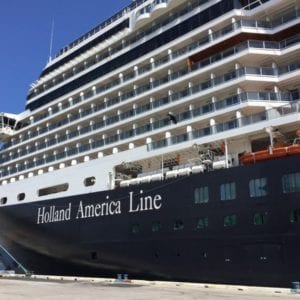