Getting around between the Venice cruise terminal, Santa Lucia train station, airport and hotel.

Gondolas and canals. Romance and intrigue.  Venice has it all.  But to view this magical place from the deck of a cruise ship is a special and unique experience.

Try to spend at least two days before or after your cruise.  Most people fly directly into Venice.  Or like me, spend a night or two in Paris and then take an overnight train from Paris to Venice.  It’s a memorable sight when the Venetian skyline appears on the horizon as your train slowly crosses the Venice Lagoon and into the heart of this island-city.

First view of Venice as you exit the Santa Lucia train station.

Ok, now you’re there. What’s next?  Whether you arrived by air or train, water taxis are waiting to take you to your hotel.  Yes, water taxis.  There are no streets, thus no cars.  Here’s where it gets tricky and a little preparation can go a long way.

To help make your cruise to or from Venice as spectacular and easy as possible, here are my suggestions.  Remember, there are only two ways to get around Venice: by foot or by boat.

Most important: pack light.  The less luggage you have to haul around, the happier you will be.  It’s probably more daunting to arrive into Venice than depart.  But the experience with the cruise terminal in either direction can be tricky so planning is imperative.

At the Cruise Terminal to board  the Norwegian Jade, top right.

Arriving or departing from the Venice Cruise Terminal
It doesn’t matter whether you hire a private water taxi to/from your hotel (70 € or more) or hop aboard a public vaporetto. The walk between where your water transport docks, at either the larger Marittime cruise terminal or the adjacent smaller San Basilio, can be a potential nightmare if you’re not prepared.

Luggage can be checked right where the water taxi docks, assuming that cruise ship representatives and luggage trollies are present.  I was able to check my biggest suitcase to send to the ship. But because I had a case with my computer, another packed full with camera equipment and yet another small case with makeup/breakables etc., I ended up pulling three small but very heavy two-wheeled suitcases for what seemed like miles.

My pre-arranged private water taxi to get to the cruise terminal.

Arriving or departing via airplane
You’ll still have to get to or from the airport (mainland) and Venice Island.  If arriving, look for signs to the water taxis just outside the arrival area and it’s the same procedure as above at the cruise terminal.

Take a public water taxi to your hotel or cruise ship if you don’t have much luggage.

Getting to/from your hotel
Many times for new visitors, finding their hotel means walking and pulling luggage on cobblestones, up steps and over bridges and sometimes up several flights of stairs if you’ve chosen a penzione.  Best advice, choose accommodations nearest to a water bus (vaporetto) stop.  The #1 vaporetto runs between the cruise terminal, the train station and St. Mark’s Square and other stops in-between which may be convenient to your hotel.

Entrance to the Hotel Danieli for the private water taxis.

There are land porters for hire to haul your luggage from point to point.  Either phone or ask your hotel concierge for a list of companies.  They’re expensive but worth it. This saved my sanity when I had to change hotels from the Hotel Danieli to the Westin Europa, on totally opposite sides of St. Mark’s Square.

Yes, people are carrying their luggage up and over bridges to get to their hotels.

You can buy your water bus pass before you leave home from Alilaguna.it. This will cost about 7 – 15 € pp and includes one suitcase (pay for additional luggage) and it makes several passenger stops. It’s a private company but not a private taxi all to yourself.  For that, you look for a private water taxi at the dock or arrange it online or through your concierge.  It’s 70 € well spent.

Some private water taxis add a mandatory meet and greet at the train station and charge for the service. But the upside is that you don’t have to pull/push/drag your luggage through the station, down the steps and through the crowds at the waterfront and determine which water taxi is the one you reserved.

Cruise ships on the Grand Canal in Venice won’t last forever.  Conservation groups are trying to ban the behemoths, citing erosion and pollution as the two main reasons.  You really can’t blame the Venetians for wanting to preserve this easily flooded and slowly sinking magnificent island.  If this is on your travel bucket list, plan to go sooner rather than later.  It’s truly an iconic travel moment.

Photo credit: Sherry Laskin – Photos of the Grand Canal taken from aboard the Norwegian Jade. 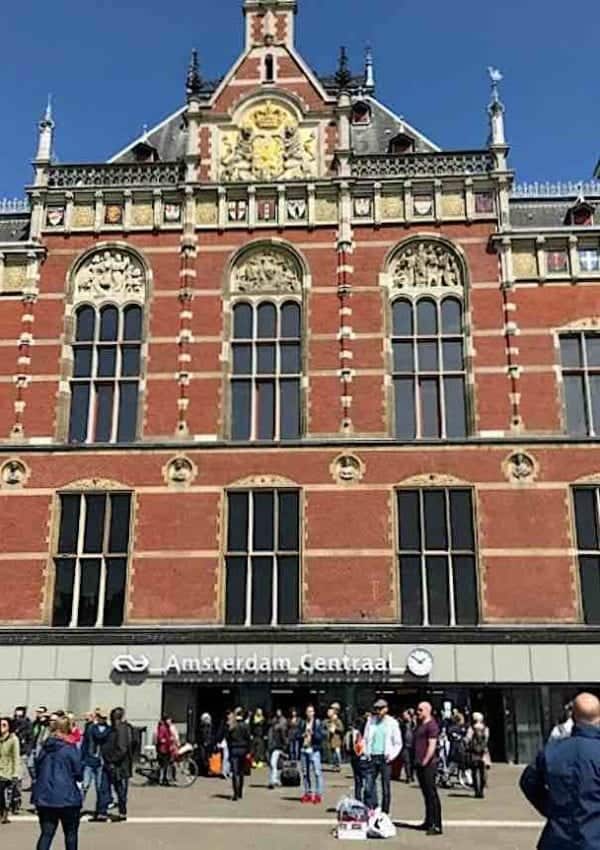 Southern Caribbean heats up with more cruises from Florida in 2014

Last Updated on October 1, 2022 by imarkinteractive