When your Danube river cruise only gives you one day in Vienna, Austria, you have eight hours to find the best things to do, and of course, somewhere to eat.

With only one day in Vienna, here are highlights to see.

Planning a Danube river cruise ?  If it begins or ends in Vienna, definitely add a couple of overnights to experience this expansive, bustling city.  But, if you only have one day in Vienna, here are my suggestions to experience as much as possible.  This city is truly a magnificent jewel in the crown of European capital cities.

If your river cruise ship does not dock near the city center, they will usually provide a back and forth shuttle service. Sometimes it’s complimentary, depending upon the river cruise company.  Your other option is to simply have Reception order a taxi to take you into town.

Even if your river ship is docked near the main area, it’s still a fairly long walk (3-4 miles) to the main area.  Especially when you’ll be doing more walking once you get into the heart of Vienna.

Shop til you drop.  Walk til you can’t walk anymore.  Within only a few blocks of this vehicle-free zone, you’ll find many of Vienna’s notable or historic landmarks. Stroll up and down the smaller side streets for some wonderful little cafes and boutiques..

How to get there:
By taxi or public transportation, it’s easy to find but far to walk whether or not you are going independently from your river cruise ship or staying overnight.  Sometimes a taxi is your best option.  You can also get to Schonbrunn Palace on the follow public transport:

Dating from the middle ages as a monastery, magnificent Schönbrunn Palace was the home to the imperial Habsburg family who really gave it the royal once-over. With the addition of palatial buildings and furnishings that began in the 1600’s, it was converted into a summer palace by Empress Elizabeth in the 1800’s,  Schönbrunn Palace stayed in the family until Emperor Franz Joseph died in 1916. Two years later the palace and other royal buildings were expropriated by the Austrian government.

The grounds are beautifully kept, including the immense and uber-fragrant Rose Garden. Pay a few euro and take the guided tour.

Once you’ve toured this spectacular palace, retrace your steps back to the center of the action inside the city.

We’ve all heard of the world famous “dancing” Lipizzaner horses…well this is where they reside.   Walk over to Michaelerplatz, past the below-ground Roman ruins and enter through the archway.  For twelve euro admission, on Tuesdays through Saturdays, you can watch these elegant, muscle-bound horses and their stoic trainers practice their routines in daily workouts.

The program begins at 10am; the same time that the tour buses are unloading and people are packing into the arena.  By 11:30 most of the tour groups have suddenly vanished, seating closer to the ground level is available and the horses have already warmed up and moving in spectacular form.  If you’re in the city for a couple of days, I’d suggest that you purchase your ticket the day before you intend to go and arrive just before 11am.  An hour of watching the musical workout is enough time to soak in the ambiance and appreciate this traditional performance.

Horse lover? If you’re quick and the timing is right, exit the arena and cross the street to the Stallburg building.  The “wranglers” walk the horses back to their stalls from the arena after their workout.  You can almost reach out and touch one of these magnificent animals.

You don’t have to be religious to be in awe of this red marble sepulchral which took nearly fifty years to build. Starting in 1359, the cornerstone was set in place by the ruling Habsburg (who else?) Duke Rudolph IV.   Without a doubt, St. Stephen’s Cathedral is Austria’s most notable Gothic structure with a Romanesque style interior.  Housed within and toured only with a guide, are hundred of important art treasures.  If you need some exercise, climb the 343 stairs to the tower-keepers room.  Check first though, as the cathedral in undergoing extensive exterior renovation.

Opened 1889, it was named the Imperial Natural History Museum and housed the Hapsburg’s immense collection of just about everything you can imagine, from gemstones to taxidermy to butterflies.  Today the collection of over 25 million artifacts includes such irreplaceable items such at the 25,000 year old tiny statue of a woman, named Venus of Willendorf (found in the Wachau Valley) and a skeleton of the diplodocus dinosaur.

The Natural History Museum is one of the top 10 museums in the world.  Open: Thursday – Monday 9am -6:30pm, Wednesday 9am – 9pm, closed Tuesday.

While wandering around the central Graben area, be sure to sample the tidbits that are associated with Vienna; wiener schnitzel and sachertorte.  While traditional wiener schnitzel is a piece of breaded and fried veal or pork cutlet, you may order it made with chicken instead.  If you’ve been wandering around the Graben streets and get hungry, I’d recommend Restaurant Levante and Il Tempo Bistro, both on Wallenstrasse.  Nothing fancy, a bit crowded at lunchtime with mostly locals, they both offer light and standard lunch fare at reasonable prices.

Sachertorte is probably the most famous of  the Viennese culinary specialties.  A chocolate cake created in 1882 by Franz Sacher and was later perfected by Franz’s son, Eduard at the Demel bakery.  Soon the nearby Hotel Sacher also served the Sachertorte.

The battle for claim to use the phrase, ” Original Sachertorte”  was finally settled in 1963 and now only the Hotel Sacher can claim title to the “Original Sachertorte.”  Demel’s lays claim to a signature chocolate mark bearing the name of the Eduard Sacher, the inventor’s son who brought the cake to internation attention.

Take a spin on the Riesenrad ferris wheel.

Not for the weak at heart, this revolving attraction is located just outside of the city center and really not a convenient walking distance from the Graben zone.  The ferris wheel is part of the Prater amusement area with beautiful walking paths, lagoons and picnic tables. Originally built in 1897 to celebrate the 50th anniversary of the reign of Empereror Franz Joseph I, it was burned to the ground in WWII and rebuilt shortly thereafter.  It is the oldest ferris wheel of its kind still in use today.  If you try it, you are in for some of the most beautiful views of Vienna.

Rent a car or hop a train and head to Salzburg, Regensburg or Miltenberg.

Day-tripping from Vienna sends you to wonderful medieval towns, castles from the middle ages and alpine vistas with snow-capped peaks.  Grab a train schedule or rent a car for a day, pick a direction and just go.

All river ships that ply the Danube stop in Vienna.  Some have longer stays than others.  If your river cruise visits for the day take advantage of their complimentary shore excursion in the morning and go out on your own in the afternoon.

Choose a Danube river cruise that includes Vienna and you’re in store for a fabulous experience in the Imperial City. 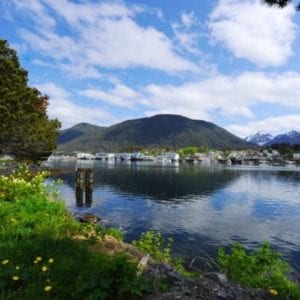