If the name doesn’t sound familiar, Jordan is an award-winning chef based in Seattle with three very popular restaurants; Salare, JuneBaby and Lucinda Grain Bar. In 2018, Jordan was a James Beard finalist for the title of Best Chef: Northwest, and his JuneBaby eatery won Best New Restaurant.

Jordan’s “food with roots” approach will be showcased through signature, classic comfort dishes featured on the menus in the Dining Room and at Lido Market. The uniquely American fare will have Jordan’s own twist and style, with more flavorful options including JuneBaby’s macaroni and cheese with Newsom’s ham; collard greens and ham hocks; smothered fried chicken wings; Momma Jordan’s oxtails with mustard greens; chicken jambalaya; and an Alaska seafood gumbo.

“Edouardo will bring his southern swag and gourmet comfort-food experience to Holland America Line, and on top of being a fantastic chef, he’s genuinely a great person who will be a perfect addition to our Culinary Council,” said Orlando Ashford, Holland America Line’s president. “Comfort food dishes are nostalgic and create warm memories and an emotional connection to a meal, and Edouardo will bring our guests familiar favorites, but with flavors that are new and exciting.”

Last week, Nordstrom’s in midtown Manhattan was the scene for an event for Holland America Line’s president Orlando Ashford to introduce chef Edouardo Jordan as the newest addition to their Culinary Council.  Jordan is the eighth chef to join the team.

As the story goes, Jordan’s fried chicken at his JuneBaby restaurant is a well-known Seattle favorite, served only on Sunday’s.  Unfortunately for Ashford, every time he tried to get a reservation, seating wasn’t available. The exec joked with his audience at the Nordstrom event that there was only one option: He said “I told myself, ‘If I can’t get to the chicken, I’ll just hire the guy!’”

Once the two men got to know each other, Ashford invited him to be part of the Culinary Council.

When asked to choose a dish to represent him and his story, Jordan admitted it’s tough. He explained, “There are so many dishes on our menu that represent the history of southern food and soul food.”. One of his favorites are oxtails, partly because that’s what his mother used for cooking.  “She’d put them in her crockpot with some potatoes and some vegetables, come back five hours later and we’d have dinner.” he quipped.

Oxtails will be one of the many items included on the new Holland America menus.  Guests can also expect to find a newly-created black-eyed pea salad, fried chicken and a lot of rice dishes, because as Jordan states, “Rice has been a very important part of African-American and African history with food.”

About the Holland America Culinary Council 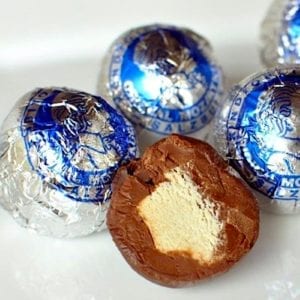