From Los Angeles to Vancouver via the vineyards.

After reviewing dozens of colorful cruise brochures, husband Rob and I chose the 7-day Golden Princess California Coastal Wine Country Cruise on the Golden Princess. We liked the Los Angeles-Vancouver itinerary and ports.

At Pier 93 in Los Angeles it took only 15 minutes to check in. Just back from dry dock refurbishing, the 3,100 passenger ship had a new carpet smell and a renovated Horizon Court buffet. Throughout the ship we found friendly international crew eager to please. We noted today’s cruisers are somewhat younger and prefer casual dress.

On Princess, the main “Anytime” dining room usually has a long line for those without reservations-– it can take an hour to be seated. An experienced cruiser we met at lunch said we should simply call the reservation number and specify a time we want to eat.

That night we went to the “reservation” side of the entrance and simply gave our name. The gatekeeper asked if we wanted a standing reservation for 7 pm, and I said yes. No more line for the rest of the cruise!

Waiters delivered sumptuous meals with smiles and humor. One of my favorite meals was a shrimp cocktail followed by artichoke soup, green specialty salad, delicious broiled salmon and a sinful dessert served with humor and flair.

Music is big part of the cruise experience. Entertainment venues offered everything from folk and classical to jazz and rock, as well as dance music. The Princess Theater hosted Broadway-style production shows with singers and dancers, plus comedians, a mentalist and more. In the Piazza on deck five something always was happening: plethora of musicians, fashion shows, spelling bees, games and more.

For us the highlight was the bridge tour where an officer explained the ship’s communication and navigation systems, as well as thruster, stabilizer and crew functions. We were thrilled to experience the same views as senior officers have as they control the ship.

Pretty purple Jacaranda trees welcomed us to Santa Barbara. At the waterfront, we hopped on the white shuttle bus (50 cents, 25 cents seniors) to attend church services. While there, sunshine broke through morning fog. From the waterfront we walked past the yacht basin to the Maritime Museum.

Our ship docked at Pier 27 for a full day. We chose the Woods & Wine tour with San Francisco City Sight Seeing Tours. It was a joy to walk among the giant Coastal Redwood trees in Muir Woods, just 30 minutes from Fisherman’s Wharf. The fresh piney scent and peaceful environment are great for the soul.

In the afternoon a different City Sightseeing bus took us to picturesque Sonoma County where vineyards dot the landscape. While tasting award-winning white and red vines at Jacuzzi Family Vineyards, we learned about the Italian Jacuzzi family history, then sampled olive oils and strolled the beautiful grounds. We also tasted wines at Larson Family Vineyards, visited a cheese store and enjoyed a humorous wine tasting at Roche Winery.

Volunteers welcomed us to Astoria’s museums, shops and the 125-foot Astoria Column. At the Maritime Museum we learned when Lewis and Clark camped here in 1805-06, they established Fort Clatsop. This was the first U.S. military post west of the Rocky Mountains where the Columbia River flows into the Pacific Ocean. Known as the Columbia Bar, these treacherous waters where ocean and river meet cause many shipwrecks.

Today the Coast Guard has a major presence in this friendly town of 10,100, where fishing, logging and tourism drive the economy. Buses drove visitors around town and up a 600-foot hill to see the pictorial Astoria Column. This beautiful hilltop provided fantastic views.

Built on a former stone quarry, the spectacular sunken garden elicited a “Wow” factor from everyone. The 55-acre privately owned property blends rare and exotic shrubs, giant Redwoods and other trees, flowers and fountains with Italian, Japanese, Rose, and Mediterranean theme gardens.

A special treat was high tea with a delightful medley of delectable tea, tiny sandwiches and sweet treats elegantly presented in a 3-tier server. The gardens are open all year displaying seasonal flowers to a million guests. Christmas is a magical time with musical entertainment, massive poinsettia and 12 Days of Christmas displays plus an ice skating rink.

We had a delightful Inner Harbor tour on a cute water taxi that resembles a small tugboat. The skipper pointed out houseboats and Fisherman’s Wharf, a great place for Fish n’Chips and yummy ice cream. The Inner Harbor also functions as an airport for sea planes.

We learned about Victoria’s famous landmarks, history and neighborhoods on an interesting Gray Line hop on/hop off tour in an authentic London double decker bus. The considerate driver offered to drop off cruise guests just a few blocks from our ship.

Disembarking from the ship in Vancouver was a breeze.  Our balcony cabin had space in the closet for all our wheeled upright luggage. Since we were taking a cab to a nearby hotel, we packed the night before and kept the bags in our cabin. When the ship was cleared, we wheeled our bags off without delay. We checked in the Fairmont Vancouver Hotel at 8:15 am, ready to start our Vancouver adventure.

A frequent contributor to CruiseMaven.com, Pat Woods is a widely published travel writer.  Pat encourages readers to SKI (spend the kids inheritance) on a cruise. 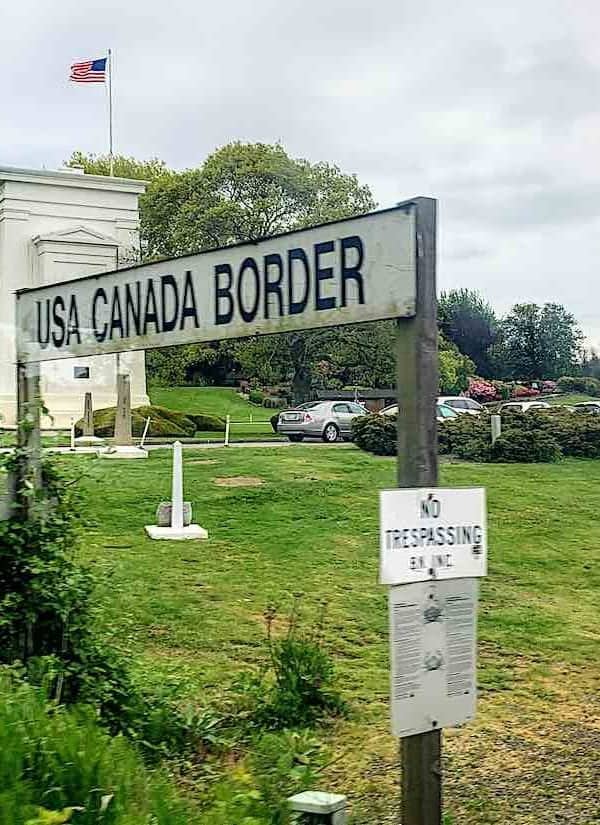 How to Take Amtrak From Seattle into Vancouver, Canada