It’s sort of complicated.  The answer is yes, you need a passport to take a cruise from the U.S to the Caribbean…and no you don’t. Or should you have one just in case?

I receive emails from readers who ask, “I’m a United States citizen taking a cruise from the U.S. to the Caribbean.  Do I need a U.S. passport”? After I received this same question again today, I decided to put together this passport advice article.

Do I Need a Passport for a Caribbean Cruise?

Mostly, whether or not a passport is required depends on your itinerary.  If you are going on what’s called a “closed-loop” cruise (for example, leave from Ft. Lauderdale then visit a foreign county (ex. Caribbean islands) and return to Ft. Lauderdale then technically you do not need a U.S. passport booklet (like in the above photo).

On such a closed-loop cruise and without a passport, U.S. citizens will be able to enter or depart the U.S. with certain proof of citizenship.  You will be required to present a government-issued birth certificate and a laminated government-issued photo ID, denoting photo, name and date of birth.

You may also present an Enhanced Driver’s License (allows you to re-enter the U.S. only by land or sea and only from Canada, Mexico, and the Caribbean) or a Passport Card.

Check with your state to see if it offers an Enhanced Driver’s License. Passport Cards have the same limitations at an EDL.

Keep in mind that some Caribbean countries on your closed-loop cruise might require a U.S. passport to enter. If this is the case, without a passport booklet you will not be allowed to cruise or go ashore on those islands.

Caribbean nations that require cruise passengers to have a passport include: Barbados, Guadeloupe, Haiti, Martinique, St. Bart’s, and Trinidad and Tobago.  Note: Royal Caribbean’s private island, Labadee, though part of Haiti, does not require a passport.

If your cruise is not closed-loop and you board, for example, in San Diego for a one-way Panama Canal cruise to Ft. Lauderdale, you will need a U.S. passport. Period. End of discussion.

READ NEXT:  Do you need a passport for an Alaska cruise?

Why You Should Have a Passport on a Closed-loop Cruise

Expect the unexpected.  Events can occur during your cruise that prevent you from returning to the U.S. on your cruise ship.

If you have a medical emergency and you’re not traveling with a U.S. passport, you must contact the local U.S. Embassy or consulate.  The same applies if your ship has mechanical failure and you’re stuck in a foreign country.

To get home, you will need a temporary passport.  Either of these two offices can arrange for a temporary passport (Limited Validity Passport) to get you home.  But it could take a few days, especially if you contact either government office over the weekend.

READ NEXT:  What to pack for a seven-night cruise

What to Know About U.S. Passports

How Much Does a U.S. Passport Cost

If you’re applying for your first passport, the cost is $145 – $110 for the passport and $35 for fees.  If you’re renewing a passport, you’ll only pay $110.  Apply or renew at least four to six weeks prior to departure.  Try to avoid the costly expediting fee if possible. 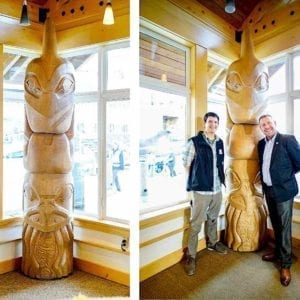