“Bear on the right!” a male Aussie voice shouted as heads swiveled and hands fumbled with cameras and phones. After months of planning, husband Rob and I were riding through the rugged Canadian Rockies in a Gold Leaf dome car on a Rocky Mountaineer rail trip.

Our 595-mile journey began the previous day with a bagpiper and pianist playing railroad tunes as we boarded the daylight luxury train at the Vancouver, B.C. station.

The Fraser River sparkled in the morning sun. Following the river, we passed through the fertile agricultural valley, tiny British Columbia towns and scenic Fraser Canyon. Fir, aspen, maple and other hardwood trees grew a few feet from our window. Crossing the South Thompson River, we caught a glimpse of snow-capped Mount Baker.

Near Ashcroft–one of the driest places in BC–we saw unique hoodoo rock formations. Because Rocky Mountaineer shared tracks with freight trains, the engineer sometimes pulled onto a siding to enable a long freight train to pass. We learned some freight trains have 100 to 300 cars!

The train stopped for photos at the famous Hell’s Gate Canyon, known for its steep gorge and intimidating Fraser River whitewater. We watched as sightseeing gondola cars carried land passengers to the bottom of the steep canyon. Hell’s Gate also has a salmon ladder that helps the spawning fish reach their destination.

Amid the splendid scenery, guests were thrilled with sightings of deer, mountain sheep, beavers, bald eagles, and osprey—and an occasional bear or moose. Annie, our hostess, urged us to watch for Bald Eagles in dead trees. “Bald eagles can have a 5-foot wingspan,” she said.

With the scenery as close as four feet, we enjoyed eating in the dining car.  For lunch, we started with soup or salad followed by delicious meat, fish or vegetarian entrees and finished with a decadent dessert. Seated with an Aussie couple, we compared notes on travel, vacation time and tipping policies in our respective countries.

Because our May 11 trip was early in the season, our train had 21 cars and 327 guests. During the busy summer months, Rocky Mountaineer trains can have up to 40 cars.

The first bighorn sheep sighting occurred as we approached Kamloops, a city of 85,000 where highways intersect. Within the next hour, alert guests spotted four more small flocks of sure-footed bighorns eating sagebrush.

Annie said the word Kamloops means meeting of the waters. On the First Passage to the West route, guests overnight at Kamloops hotels. Luggage magically appears in rooms and is collected by the train crew the following morning, eliminating a major hassle.

Near Lake Louise, we crossed the Continental Divide, the highest point of our journey at 5,332 feet where all rivers to the east flow toward the Atlantic, while rivers to the west make their way to the Pacific.

Rocky Mountaineer offers five routes and 45 vacation packages with a plethora of add-on options. Guests can overnight at historic Fairmont Hotels in Seattle, Vancouver, Banff, Lake Louise, Jasper and Calgary. Each conjures up images of a grand era—and provides an indoor pool and spa to relax tired muscles.

The rail portion of our eastbound trip ended in Banff, a pretty mountain town where streets are named after wildlife that roams freely. After saying a reluctant goodbye to our train hosts, we overnighted at the beautiful Timberline Resort. In the morning a Brewster bus drove us to the Calgary airport. From reservations to Calgary airport transfer, every segment of our trip was smoothly orchestrated by seasoned Rocky Mountaineer staffers.

Where to stay
Rocky Mountaineer partners with Fairmont Hotels which operates three downtown Vancouver locations. All three are within walking distance of each other, and each is distinctively different: the Fairmont Hotel Vancouver honors its railroad roots; Fairmont Waterfront is connected to the cruise ship terminal and is known for its organic rooftop gardens and apiaries; the Fairmont Pacific Rim is new and edgy. www.Fairmonthotels.com

Our pre-train stay on the Gold floor of Fairmont Vancouver Hotel was a joy with a daily deluxe European breakfast, concierge service, daytime snacks, free Wi-Fi and local calls, delicious evening hors’ d’oeuvres and cookies. After a long day sightseeing, the large indoor pool and spa soothed tired feet. The new lobby Notch8 restaurant & bar is an attractive place to relax. The term “Top notch” is derived from Notch8, the highest speed on a train.

A frequent contributor to CruiseMaven.com, Pat Woods is a widely published travel writer and train aficionado.  All photos by Pat Woods. 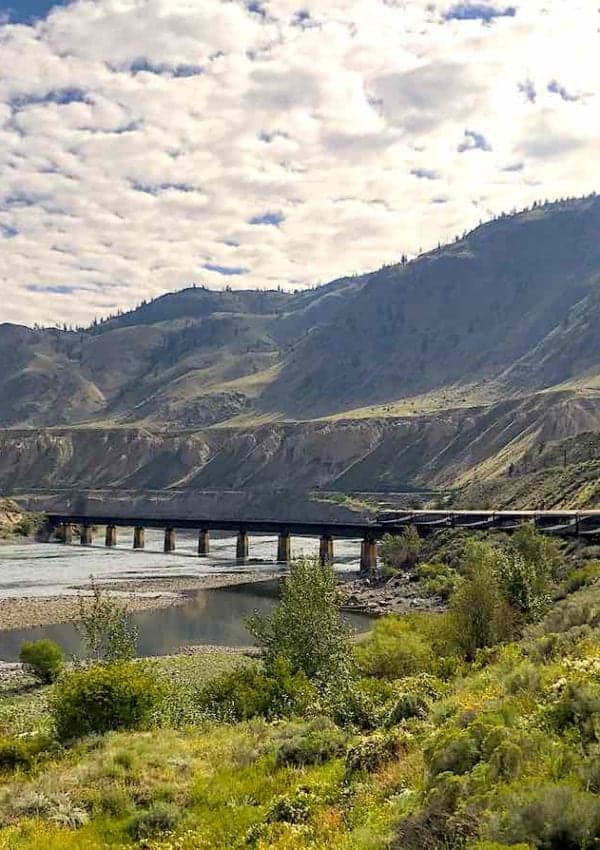 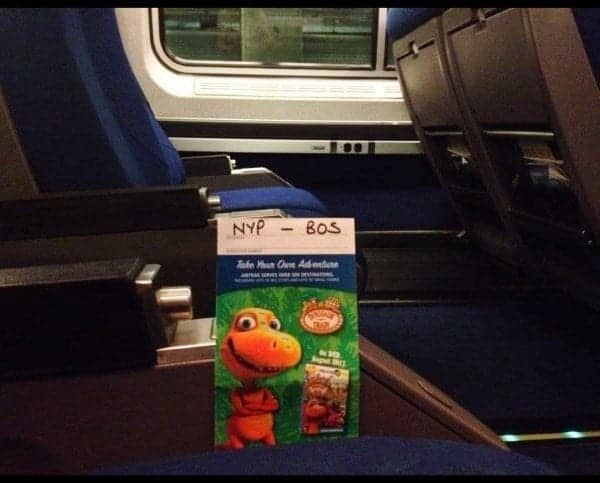 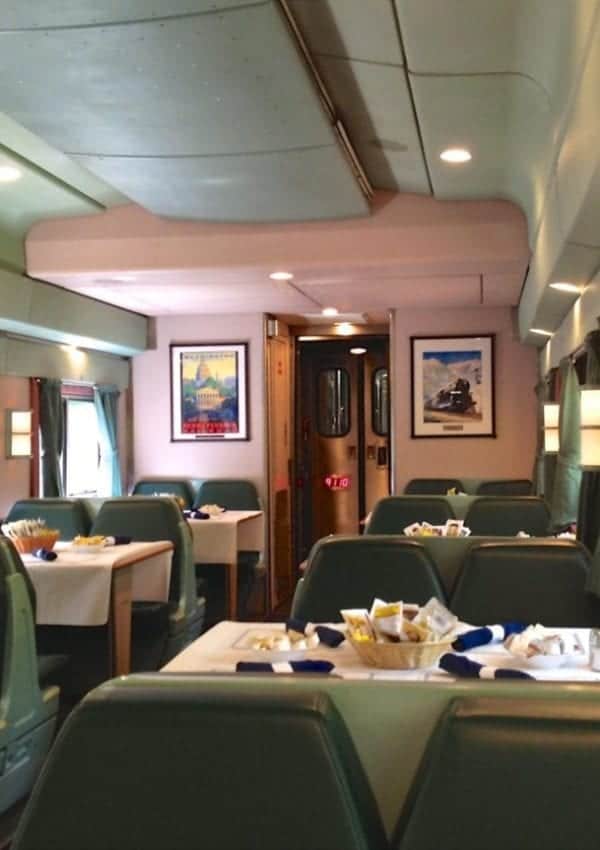 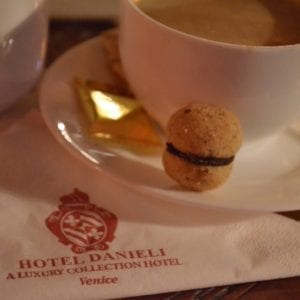