Canada’s Federal Transport Minister Marc Garneau announced that the ban on large cruise ships at Canadian cruise ports has been extended until October 31, 2020.

The extended cruise ship ban covers all cruise ships with more than 100 passengers and provides overnight accommodations.  This means that there will be no Alaska cruises on any of the big ships.  It also affects Canada and New England cruise itineraries that originate on the east coast of the U.S.

As officially stated by Federal Transport Minister Marc Garneau, “Cruise ships with overnight accommodations allowed to carry more than 100 persons are prohibited from operating in Canadian waters until October 31, 2020.”

Why the Canada cruise ship ban effects cruises to Alaska

Here’s why the Alaska cruise season has come to a screeching halt because of the ban.  All big cruise lines in North America have ships that are registered in foreign countries, not the U.S.  According to U.S. law, these foreign-flagged ships must stop in a foreign port before returning to the U.S.

Seattle and San Francisco are popular ports to embark on Alaska-bound cruise ships.  But as foreign-flagged vessels, the ships must make a service call in either Victoria or Vancouver, Canada on their way back to their home port.

Departures for Alaska cruises from Vancouver are also canceled for the same reason…no large cruise ships are allowed to dock, whether as a boarding port or simply a four-hour perfunctory service call back to the U.S.

READ NEXT:  What the Future of Cruising Could Look Like

Cruises to Canada from the east coast are canceled

Canada and New England Cruises are also off the table because that cruise season ends in October and the ban extends until November 1.  This means that fabulous cruise ports like St. Johns, New Brunswick; Halifax, Nova Scotia; Quebec City and Montreal will not see thousands of cruisers until at least 2021.

Places like tiny Charlottetown on Prince Edward Island that rely heavily on cruise passenger dollars, expect to take a financial hit without cruises to Canada.

Read Next:  What to Do in Seven of My Favorite Canada Cruise Ports

Cruise lines like Alaskan Dream Cruises, American Cruise Lines and Uncruise, all American-flagged small ships, are still trying to hammer out ways that they could resume cruises within Alaska this season.  With ships based in Alaska, it avoids the issue of having to stop in a Canadian port.  However, other travel restrictions dealing with quarantining or even just traveling to get to Alaska have to be worked out to make any cruises happen.

All the cruise lines that head to either Alaska or Canada and New England are now offering some terrific deals for 2021.  Just be sure to check their cancellation policies so that if something should disrupt next year’s cruise plans, you don’t run the risk of losing your payment. 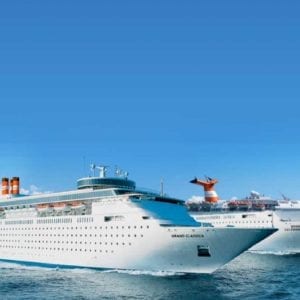