Cruise ships dock in Cobh, the closest port to Cork.

Pronounced, “Cove,” Cobh, Ireland is itself a wonderful small town to spend an afternoon.  But a visit to this area in southwest Ireland almost necessitates a trip to nearby Blarney Castle and the expanse of meticulously groomed gardens.

{ Historic note: Cobh was the last port for passengers to embark on the R.M.S. Titanic before the ship set out into the North Atlantic.}

Of course you can purchase your ship’s excursion to Blarney Castle.  This makes getting there a cinch and takes the guesswork out of reaching the castle on your own.  But if you have a bit of an adventurous spirit and don’t mind a few blocks to walk, consider getting there on your own.

From the ship, it’s only a two minute walk to the train station where you connect to Cork.  Can’t miss the building; it’s old red brick.  Looks a bit of a Harry Potter thing on the platform.

Buy a ticket for the scenic 25-minute train ride to Cork, one of the major cities in Ireland.  From there, walk 1/2 mile to the bus stop and a 15-minute ride to Blarney, of the castle fame.

Heading to the bus stop, I passed up a couple of Irish pubs…time for Guinness later.  Blarney Castle, first.

You can’t get lost in Blarney.  Follow the tourists from the train and wind through town.

Turn the corner, pass the Blarney Hotel and the Castle and grounds are straight ahead.

Pay the admission fee and enter the grounds. Time to explore!

Follow the signs or buy a tourist map. There’s more to explore than just the Castle.

My first glimpse of Blarney Castle. There were plenty of tourists on the October afternoon, but it never seemed crowded.

There. In the middle.  Can you see someone holding themselves onto the side of the stone?

A clearer view of someone bending backwards to kiss the Blarney Stone. Luckily, there’s an iron grating so no one can fall through the opening.

But my favorite photo of all is this one. Taken as a sudden storm rolled in.

Time to head back to Cobh via bus and train. Had to leave a couple of hours to explore Cobh and have a Guinness, too.

If I caught the 1pm train to Cobh, I’d have time to spare before our ship’s 5pm departure.

One of the quaint streets in Cobh…

The Tower of St. Colman Cathedral looms over Cobh.  It’s difficult to get lost if you spot the cathedral.

The Titantic Bar is probably the best place to meet up with your cruise friends after the tours.

Statue of Annie Moore and her brothers.  Annie was the first person admitted into the United States through the new immigration building at Ellis Island in New York City, January 1, 1892.

Back at the port with a little time to spare. The weather changed and our departure was delayed. The channel leaving Cobh was pretty windy; a cold start for our transatlantic cruise.

By the time we’d cross the Atlantic and get to Newfoundland, the letters of the name of the ship would be half washed off the hull…the weather was that bad.

Sailaway from Cobh, heading to the North Atlantic and home.

As cruises go, this was one of my top ten most exciting cruises.  In all, we went from Dover, England to Le Havre (for Paris); Falmouth, Cornwall; Dublin, Ireland; Cobh (Cork), Ireland; across the Atlantic to St. Johns, Newfoundland; Halifax, Nova Scotia and completed the cruise in Bayonne, New Jersey. Two weeks and six exciting cities bursting with history, culinary treats and iconic landmarks and sights. 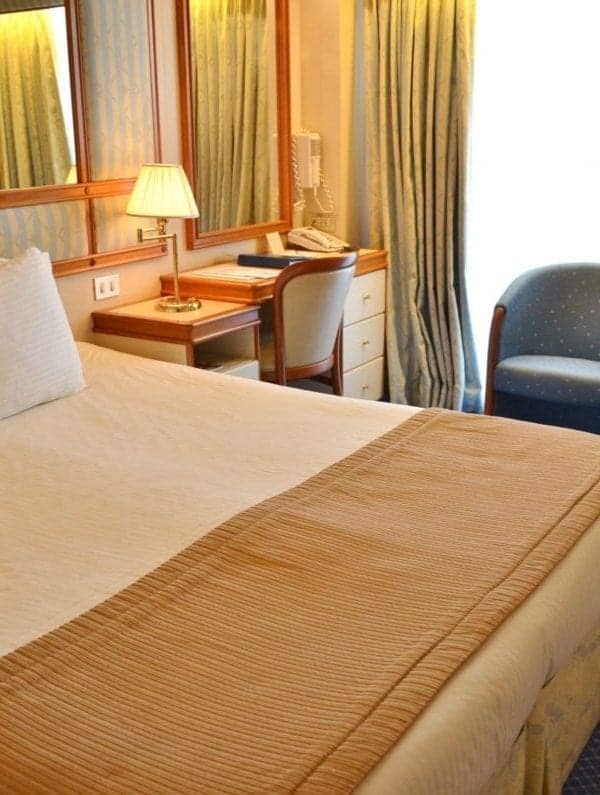 Seven Stateroom Locations You Should Avoid 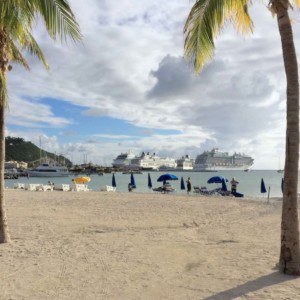