The first day of a river cruise doesn’t count.  At least not for me.  It’s a late day by the time everyone is onboard.  Your time is spent getting settled into your cabin, a welcome aboard gathering and meeting your assigned table mates at dinner.  Finally, you collapse.

To me, a river cruise really begins on Day 2.  That’s when you’re actually doing something off the ship. This CroisiEurope Rhine river cruise is a bit different from other river cruise lines. It’s a total of eight nights onboard, rather than the usual seven nights. We’re going from a Friday to Saturday. I like this idea, since day one is rather a waste anyway, so we’ll have a full week of cruising from Basel to Amsterdam. Here’s our itinerary:

En route to the Rhine Falls

I’m not a morning person, especially when I travel.  As soon as I learned that our tour to the famous Rhine Falls was an afternoon departure, I signed up for it.

Although I’ve been to Basel and Zurich nearly a dozen times, the tour was always offered in the morning, right after breakfast.  Now with a later departure, I was all in for the trip and signed up for the “Active” excursion. This involved a walk around the Falls and a little boat ride up to the Falls.  So how active would this be for just us eight guests?

A good hour and forty-five minutes later, our two tour buses were off-loaded and the “Active” group was met by our guide…a young Swiss man whose name we never quite got. We were off and walking. Fast walking.  Mostly down cement steps, up a few and around the lake. As usual, I was the pokey one in the group, always stopping for photos.

Nearly running to catch up, it would take about 40 minutes to walk the horseshoe-shaped cement path.  The views were stunning from every possible angle.

When we reached the boat ramp, it seemed like we’d lost a couple of stragglers.  Finally herded, we boarded the tour boat for a 20 minute up-close and personal look at the rushing waters.

A bit of geography

The Rhine river has its source high in the Swiss Alps, beginning from Lake Constance.  From there, the Rhine flows in two directions. North to the North Sea or south, to merge into the Rhine-Main-Danube canal, in the south of Germany.

All told, I was very happy to have visited the Rhine Falls.  I’d sent people there, read about it and heard all the stories from guests who had been there.  Now I could add it to my list of shore excursions completed.

A Rhine Falls excursion is also included on various Rhine river cruises that being with a pre-stay in Zurich.

And later that night….

Tonight was the only onboard entertainment that boarded the river ship.  For the next six nights, the entertainment was provided by staff members and included audience participation.

Annika was our evening’s performance.  Since there is no keyboard entertainer with our cruise, Annika sang to a litany of pre-recorded background music, pretty much karaoke-style but without the teleprompter.

Of course, since CroisiEurope is a French river cruise line, the songs were mainly in French. Considering that 90 out of the 106 passengers were French, it made perfect sense.  Annika sang a couple of American songs (one from Cole Porter) but mostly it was Edith Piaf, Les Mis, and popular French songs that are familiar tunes to all.

But there was more!  Her usual repertoire complete, it was dance time.  Nothing draws the over-fifty crowd onto a dance floor more than Bill Haley and the Comet’s “Rock Around the Clock” or Jerry Lee Lewis’ classic, “Great Balls of Fire.”

She sang along with the songs, edging ever closer to YMCA, via Gloria Gaynor’s “I Will Survive.” Okay, I’ll easily confess that, unlike my stint in the 1970’s on Division Street in Chicago, I’m hesitant to get up on the dance floor.

However, when this older Frenchman started to ask all of us single women to dance, it was impossible to refuse.  He must have been a jitterbug and swing dance champion in his heyday. At 81-years old, this guy tired out all of us, including a 37-year old woman traveling with her mom.  It was hilarious and will definitely be one of the most memorable moments of this two-month adventure.

Somewhere after midnight, as we approached another lock, Annika said goodbye to all, packed up her sound equipment, and with her ride waiting for her, hopped into the car and headed home. Just before the German border.

Tomorrow would be Breisach, Germany.  I’ve planned free time for a walking tour – I’ve been here several time and know my way around this small town.  However, I did sign up for the biking tour, which I’m told is for amateur bike riders. We’ll see how that plays out.  I’ve been down that road before only to be in the company of Speed Racer and Lance Armstrong. 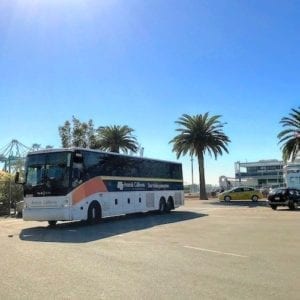