Princess Cruises’ return to Australia relies on government authorities becoming more assured of a safe return to cruise service in the region.

“Deploying these three ships to service over the next two months will mark the return of the entire Princess fleet, once our highly anticipated return to Australia is approved by local authorities,” said John Padgett, Princess Cruises president. “Returning a ship to San Diego gives more options for our west coast guests and Galveston makes a Princess cruise easily accessible to millions of Texans.”

It’s been six years since Princess had a ship homeport in Texas.  Beginning December 2022 through April 2023, Ruby Princess will depart from Galveston for a series of cruises from that range from five to 11 days.

Beginning September 2022 through February 2023, Princess Cruises will send Diamond Princess back to the West Coast with its return to San Diego.

Diamond Princess will join a fleet of west coast-based ships with new cruise itineraries.  Cruises will range from five to 16 days and visit ports along the Mexican Riviera, California Coast, and the Hawaiian Islands.

Plus, Diamond Princess will sail a unique 20-day cruise to Central America, roundtrip from San Diego in November 2022. These cruises will be available to book on March 24, 2022.

Royal Princess moves to San Francisco for the 2022/2023 cruise season.  From the City by the Bay, Royal Princess will set out on roundtrip cruises to Hawaii, Mexico, and the California Coast.

For a short time, Royal Princess and Ruby Princess will sail from San Francisco.

Then in December 2022, Ruby Princess will reposition to Galveston.  After Ruby leaves for Texas, Royal Princess will be the official hometown ship of San Francisco for the remainder of the 2022/2023 season.

Planning a Return to Cruising in Australia

In hopes that Australian Federal and State Governments will green-light the return of cruising, Princess Cruises announced plans for Coral Princess return to service in June 2022.

Coral Princess will cruise roundtrip from Brisbane with itineraries from three- to 12-days in length.  Destinations include ports in Queensland and New South Wales.

By August, Coral Princess moves to Sydney for a new 12-day voyage calling to Queensland and the Conflict Islands in Papua New Guinea.  The ship will then resume the previously announced Australia & New Zealand program for the 2022/2023 season.

Finally, Majestic Princess will sail roundtrip from Sydney on a new Queensland voyage in February 2023 at the end of the cruise season.

Details of these itineraries from Australia will be announced on March 17 and then these Australia cruises will be available to book on March 23, 2022.

As a result of the new deployments, several cruises have been canceled.  Previously scheduled itineraries through April 2023 on Diamond Princess and Royal Princess that went to Japan, Singapore, Australia, New Zealand, and the South Pacific are canceled.

Two Ruby Princess Panama Canal sailings in February 2023 plus select cruises on Majestic Princess in Australia, New Zealand, and the South Pacific from February 2023 to May 2023 are also a no-go.

Princess Cruises will notify guests and travel agents affected by these cancellations. 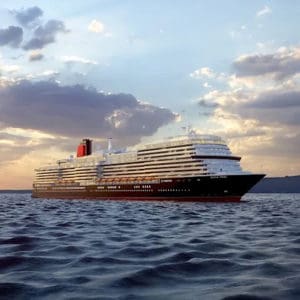