Norwegian Cruise Line Holdings Ltd. announced it is donating its undeveloped waterfront property in Juneau, Alaska to the native-owned Huna Totem Corporation.  In return, Norwegian will get priority berthing rights at the new pier.

Norwegian purchased prime waterfront acreage in a sealed bidding war along with other cruise lines and Alaska investors.

Engaging with other Alaska Native corporations and community stakeholders, Huna Totem will lead efforts to develop a new pier and related infrastructure on this parcel.  They expect to submit plans for the year-round facility before the end of 2022.

With this donation, Norwegian Cruise Line Holdings will receive preferential berthing rights at the pier once development is complete.

The project is expected to bring significant benefits to every aspect of the local and visitor experience by eliminating tendering operations, improving traffic flow, and welcoming visitors to a purpose-built facility.

“We are pleased to be able to donate our property in the heart of Juneau to Huna Totem Corporation to develop a new pier and surrounding facilities. Ensuring this project is fully integrated into the local community is incredibly important to us, and as we began planning its development, it became abundantly clear that Huna Totem, owned entirely by native Alaskans, was the right stakeholder to lead this effort,” said Dan Farkas, executive vice president and general counsel for Norwegian Cruise Line Holdings who overseas corporate construction. “Alaska is an incredibly popular, fast-growing destination, and this partnership will provide the dual benefit of driving positive, sustainable economic impact to the region while also ensuring that the development of the land is done in a way that is respectful and representative of the rich history and culture of this community.”

Norwegian originally won the competitive bid for the last waterfront parcel in Juneau, Alaska for $20 million in 2019, outbidding even Royal Caribbean.

Since then, Norwegian has been engaging local stakeholders, including government, business, and community leaders to develop a plan which will benefit both the city and its various stakeholders.

“Huna Totem is thrilled to partner with Norwegian once again to expand regenerative tourism in Alaska with the development of a new pier in Juneau,” said Russell Dick, Huna Totem Corporation president & chief executive officer. “In following with Huna Totem’s port development model, design and development of the new destination will reflect our guiding principles as Native Alaskans while protecting and preserving the natural beauty of Juneau, empowering our community, and fully supporting the region’s tourism-based economy.”

What is the Huna Totem Corporation?

Since opening Icy Strait Point in 2004, it has welcomed over two million cruise travelers, and is the single largest employer in the community of Hoonah.

Huna Totem’s port model is globally recognized and has received numerous awards, including Seatrade’s Global Port of the Year in 2020, and is #11 on the New York Times, 2022 Top 52 Places for a Changed World. 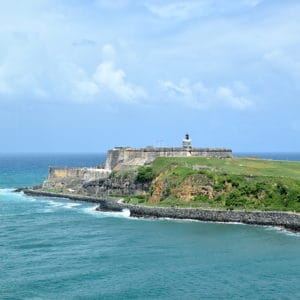 Best Things to Do in Old San Juan, Puerto Rico