As reported by Katherine Rose of KCAW, Sitka City and Borough officials have voted and they decided to accept the $1 million donation offered by Norwegian Cruise Line Holdings.  Norwegian said they are donating the money to the city with “no strings attached.”

Norwegian Cruise Line has been sailing to Alaska for more than 20 years.  With weekly departures from Vancouver and Seattle, Norwegian is duly invested in Southeast Alaska towns and cities.

READ MORE:  Best Things to Do in Sitka, Alaska

In 2019, Norwegian won a sealed bid and purchased three acres of prime downtown waterfront real estate in Juneau.  For a cool $20 million, Norwegian outbid Royal Caribbean and the City of Juneau.

Not only did Norwegian buy this chunk of waterfront property in Juneau, the cruise line also purchased and developed a second cruise dock at Icy Strait Point in Hoonah.

Norwegian is also heavily invested in the development of a new cruise dock in Ketchikan.  Here, they plan to turn an old pulp mill into a deep water dock located several miles from downtown Ketchikan.

Sitka Officials Debate What to Do With the $1 Million

Though Sitka officials decided to accept the windfall, they haven’t come to agreement on how to spend or invest the money from the cruise line.  With no strings attached, it would be city officials’ decision on what to do with it.

A spokesperson from Norwegian Cruise Line Holdings said they are offering the City of Sitka $1 million “to ease the economic effects of Alaska’s ongoing cruise suspension.”

According to KCAW‘s reporting, City Administrator John Leach said, “they (Norwegian Cruise Line Holdings) were very forthcoming and said that this is a ‘no strings attached, no quid pro quo,’” he said. “And they will have no involvement in the distribution decision that the city decides to make.”

There seems to be some discussion as to whether or not to spend or invest the million dollars.  Ideas tossed around at the city meeting included capital projects, improvements to benefit residents as well as making the cruise-tourist experience better. 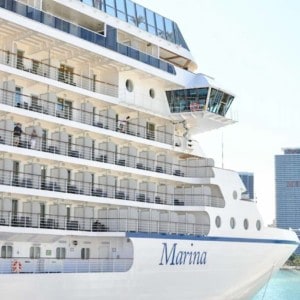