This time it’s a smaller 202-passenger ship entering the luxury cruise market. Welcome new Victory Cruise Lines, headquartered in Miami.  So why am I so excited? Not only is their ship, the m/v Victory I, a small luxury vessel, the itineraries are something I’ve waited years to see happen.

I’m a Chicagoan; I love the Great Lakes and Canadian waterways. This summer, guests cruised between Montréal and Chicago, Chicago and Toronto back and forth several times, including a stop at beautiful Mackinac Island near the Upper Peninsula of Michigan.

When the leaves begin to turn from green to gold to copper, the Victory I itineraries also turn and head southward. The last northern cruise of the season takes passengers from cosmopolitan Montréal to the fishing town of Gloucester, Massachusetts.  Then it’s time to mainline Florida.

To kick off the Cuba sailing season, Victory I will sail round-trip from Miami to Cuba on October 28, 2016.  This exciting seven-night voyage will cruise from Miami to Key West and then onto Havana, Cuba, where the ship will dock for three days and two overnights.

Several different itineraries are planned to Cuba, including a short Christmas break, New Year’s and then onto 15-day immersive ‘round Cuba cruises from Miami, the new home port for Victory I.

The 5,000-gross-ton, 300-foot-long Victory I – the former Saint Laurent – is definitely small especially by today’s standard. A mere 101 staterooms and suites are spread across only eight stateroom categories.  There’s one category for a handful of interior staterooms, two of which are handicapped accessible.

Complimentary wine, beer and soft drinks are included with meals.  Also included are shore excursions in each port of call, led by local guides.

In Cuba, shore excursions include in-depth cultural and immersive experiences, a chance to get to know the people and their traditions. Culinary and folkloric opportunities are part of the excitement of a cruise to Cuba.

Cruises of three to 14 days in length are scheduled to depart from Port of Miami to Cuba through April 2017. 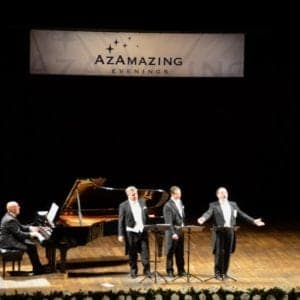