What started out at the beginning of this week with coronavirus / COVID-19 reaching pandemic status, Viking and Princess Cruises were the first cruise lines to cancel cruises and temporarily suspend cruise operations.

Nearly every cruise line around the world, including even small Katarina Line in Croatia, announced they will suspend cruise operations and cancel upcoming cruises beginning as soon as tomorrow.

A complete list of cruise lines cancellation, refunds and rebooking policies are at the end of this article.

It’s not only cruise ships sailing the oceans and seas, but river cruise lines have joined in to try to avert the spread of coronavirus.  Cruise lines from A to W have announced cancellations.

Interesting observation:  Cruise lines that were the most difficult to find their statement for the decision to suspend operations because of coronavirus were the luxury lines.

Here is the latest list of cruise lines to suspend operations and cancel cruises due to coronavirus / COVID-19.

AmaWaterways has cancelled all Europe river cruises until April 25, 2020.  The entire fleet operations is suspended until that time.

Azamara Cruises announced that it is suspending cruising in the United States for 30 days.  Beginning at midnight, March 14th, they are pausing all US sailings for 30 days.

Carnival will suspend operations on all departures for 30 days effective at midnight tonight.

Celebrity Cruises announced that it is suspending cruising in the United States for 30 days.  Beginning at midnight, March 14th, they are pausing all US sailings through April 11, 2020.

After returning current passengers to their respective ports to return home, Costa will suspend all cruise operations until April 3, 2020.

will be cancelling Crystal River Cruises’ voyages scheduled to embark from March 26 to April 11 as well as Crystal Esprit’s April 10 sailing.

Disney has suspended all operations of new departures starting March 14 through March 31, 2020.

Katarina Line, based in Croatia, will cancel all departures from now until at least the end of April.

The Swiss-based cruise line has decided to cancel all Caribbean cruises from Miami from March 14 – April 30.  Their Mediterranean, Antilles, Emirates have also been canceled.

Norwegian decided to suspend cruise voyages across the fleet, effective immediately. This action is in effect for voyages with embarkation dates from March 13 to April 11, 2020.

Beginning March 13, all travel from Europe to the United States will be restricted for 30 days. Subject to update.

Princess Cruises announced that it will voluntarily pause global operations and cancel cruises for its 18 cruise ships for two months (60 days), impacting voyages departing March 12 to May 10.

Regent Seven Seas coronavirus statement that beginning March 13, all travel from Europe to the United States will be restricted for 30 days.

Royal Caribbean is suspending cruising from ports in the United States for 30 days.  Beginning at midnight tonight, March 13th, they are pausing all of their US sailings for 30 days.

Uniworld made the decision to suspend all European itineraries until April 23rd.

Viking was the first cruise line to announce the decision to suspend operations and cancel cruises.  On March 11, 2020, Viking decided to temporarily suspend operations of their river and ocean cruises.  This applies to embarkations taking place between March 12 to April 30, 2020.  The ocean, river and soon expedition cruise line plans to resume operations on May 1, 2020, continuing all further sailings as originally planned.

The fledgling cruise line stated that they have decided to postpone their Showcase Tour launch and the inaugural sailing for Scarlet Lady until July 15, 2020. 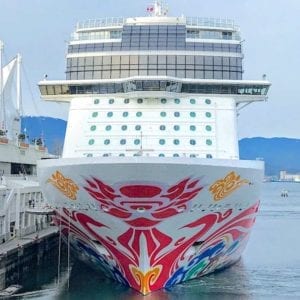