The first running of Alaska’s Copper River King Salmon marks the beginning of salmon season in The Last Frontier.  And Holland America has ’em.

Jetted from Alaska to Seattle, the season’s first batch of Copper River king salmon recently arrived into the Emerald City.  Holland America Line was among the first to secure a supply of the premium fish. Frits Van Der Werff, vice president, food and beverage experience, personally inspected the salmon before taking delivery of the valued shipment.

Known as a rite of spring in Seattle, the arrival of the fresh Copper River King Salmon from Cordova, Alaska, kicks off the annual salmon season.  Holland America is serving the prized salmon in the Pinnacle Grill specialty restaurant on all seven ships sailing in Alaska this summer.

Prices for Copper River King Salmon are expected to reach an all-time high this season.  Unlike salmon runs later in the season, this Alaskan fish is known for its mild flavor.  Holland America’s Pinnacle Grill specialty restaurant menu will feature one of seven unique salmon recipes each night throughout the season.

“Every year, salmon lovers and foodies eagerly await the arrival of the prized Copper River king salmon, and we’re excited to give our guests the opportunity to enjoy a delicacy they might not have access to at home or never had the opportunity to try,” said Orlando Ashford, Holland America Line’s president. “At Holland America Line we’re dedicated to giving our guests an authentic experience reflecting the destinations we are visiting, and an important part of that is the local cuisine.”

Copper River King Salmon is available only in the Pinnacle Grill.  Here, salmon dishes are prepared seven different ways, one for each night of a seven-night Alaska cruise.

Read next: 21 Best Things to Do in Sitka, Alaska 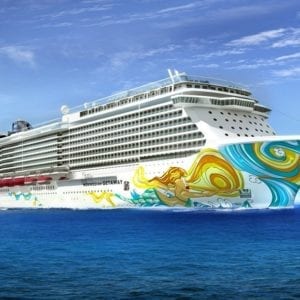