Longer cruises to Hawaii are what you can expect from fall 2018 through spring 2019 when two Holland America Line ships sail roundtrip cruises to Hawaii from the west coast.  Nine cruises with itineraries ranging from 16 to 20 days are planned for Eurodam and Amsterdam. Hawaii sailings depart from Seattle, Washington; Vancouver, British Columbia; and San Diego and Los Angeles, California.

Most itineraries feature an overnight call in Honolulu.  There’s plenty of time to visit Pearl Harbor, stroll along famous Waikiki Beach, drive up to Diamond Head State Monument or spend the evening at a traditional Hawaiian 1950’s-style luau dinner show. The cruises also call at Hilo, Nawiliwili and Lahaina, with most adding a call at Kona.

See next:  What to Do in One Day in Honolulu

To kick off the season, Eurodam departs Seattle Sept. 29, 2018, for an 18-day Circle Hawaii cruise that calls at Victoria and Vancouver, British Columbia, before heading to the Hawaiian ports of Nawiliwili, Honolulu, Lahaina and Hilo. Guests also can choose to embark two days later, Oct. 1, and sail roundtrip from Vancouver on a 16-day sailing.

A second 18-day voyage is available aboard Eurodam Nov. 11, 2018, roundtrip from San Diego. Guests will visit the same Hawaiian ports, as well as calls at Kona, Hawaii, and Ensenada, Mexico. There is also a holiday getaway planned aboard Amsterdam’s 17-day Hawaii Holiday cruise, roundtrip from Los Angeles on Dec. 21, 2018.

In 2019, three similar itineraries are planned aboard Eurodam, including two 17-day sailings departing Feb. 3 and Feb. 20, as well as a 16-day sailing, embarking April 13.  A longer vacation is possible on the April 13 cruise if you disembark in Vancouver after visiting Victoria making it a 20-day voyage.

If you would like more adventures in Paradise in the South Pacific, hop aboard Eurodam’s 28-day Hawaii, Tahiti and Marquesas voyage beginning on March 9, 2019. Roundtrip from San Diego, this cruise visits six ports in French Polynesia, including overnights in Bora Bora and Papeete.  Also on the itinerary are two ports in Hawaii and a call at Fanning Island.

All rates are per person, double occupancy.

Reach out to Holland America for more information. 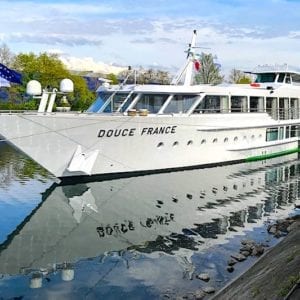