Cunard has announced their lineup of themed cruises for 2022, taking place aboard Queen Mary 2 transatlantic crossings.. There will also be a special voyage for Beatles fans aboard Queen Elizabeth.

The exciting line-up of themed cruises that Cunard revealed this week features the return of several long-time favorites plus two new themes.  Queen Mary 2 will welcome back their Literature Festival at Sea in partnership with Cheltenham Literature Festival, The Times and The Sunday Times; Anthony Inglis and the UK National Symphony of Orchestra and the London Theatre at Sea.

New themed cruise events include Cunard’s first ever Art & Design Week aboard Queen Mary 2 and a Beatles and Beyond aboard Queen Elizabeth.

Cunard themed cruises give guests the chance to meet, mingle and attend Q&A sessions with the celebrity guests and theatre company stars.  Enrichment programs include corresponding workshops, masterclasses and onboard celebrity films.

On these select themed cruises, guests will find themselves singing along with one the world’s top Beatles tribute bands.  The new Art & Design week will give attendees an insider views on the latest design trends.

This eastbound Transatlantic Crossing, created in partnership with Society of London Theatre, will showcase Olivier award-winning talent, both on and off the stage. This Event Voyage will feature spectacular performances and an illustrious line-up of guests in conversation about their careers, as well as talks on productions, how they are produced, and the theatres themselves

Highlights include a dazzling show with the stars in the Royal Court Theatre in a production looking back at the last 45 years of the Olivier Awards; an immersive workshop about the secrets and techniques of putting on a production; and dance classes lead by world class choreographers.

Queen Elizabeth will sail a nine-night roundtrip voyage departing Tokyo, tracing the shores of Japan and South Korea, and play host to Cunard’s first ever Beatles and Beyond: Celebrating the Best of British voyage.  Through music, film, tastings and demonstrations, the sailing will celebrate beloved aspects of British culture, culminating in a spectacular finale in the Royal Court Theatre by the superb Bootleg Beatles, the world’s leading Beatles tribute band.

Cunard’s first ever Art & Design Week is a one-of-a-kind experience that will take guests on a journey celebrating the best of design, past, present and future. Unmissable insights, expert-led masterclasses and special on board exhibitions promise to inspire the inner creative life of those who participate. In addition, guests will have an exclusive opportunity to hear from creative influencers at the forefront of design for Cunard’s newest ship.

A regular favorite in the Cunard calendar, the UK’s National Symphony Orchestra sets sail again with Maestro Anthony Inglis leading the ensemble in memorable orchestral performances in the Royal Court Theatre.  Guests will enjoy an evening of all-American music, including Gershwin’s “Rhapsody in Blue” after departing New York; and an evening celebrating the best of British music before arriving into Southampton. Charismatic conductor Inglis leads the audience, guest choir, soloists and orchestra in both concerts, as well as presenting another afternoon concert featuring Ravel’s “Bolero.”

This seven-day program of inspiring literary events celebrates the written word in all its variety with workshops, discussions, and Q&As focusing on literature, art, film, history and politics, all underpinned by the quality of delivery that is Cheltenham’s hallmark.

Cunard’s themed cruises really enhance the voyage, especially on a Queen Mary 2 transatlantic crossing.  You’re all together for a full week and it’s fun to “bump” into the featured guests around the ship. 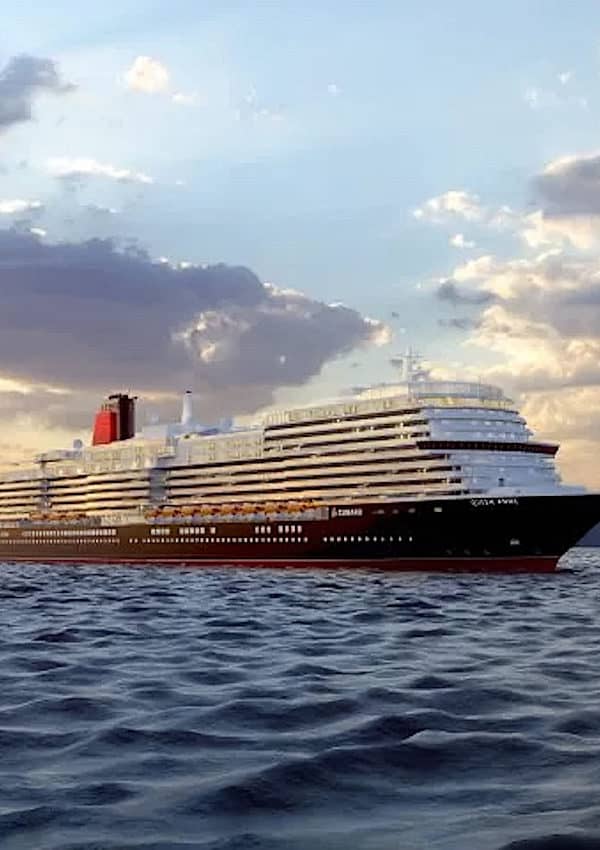 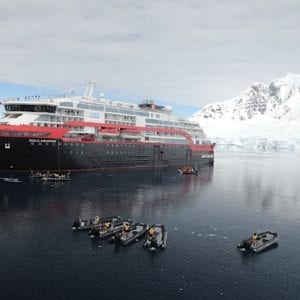