Viking has announced that British journalist and broadcaster Anne Diamond will be the godmother for their newest ocean ship, Viking Venus.  The seventh ocean ship in the fleet, Viking Venus is scheduled to launch this spring.

The 930-passenger Viking Venus was “floated out” in June 2020 and currently is under final construction at Fincantieri’s shipyard in Ancona, Italy.

Anne is known for her work on morning shows in the United Kingdom during the 1980s.  She also has a career in frontline television that has lasted for more than 40 years. Over the years, she has covered extraordinary events.

From the fall of the Berlin Wall and the wedding of Prince Charles and Lady Diana Spencer, to interviews with Bette Davis, Ronald Reagan, Margaret Thatcher and Prince Philip, Anne is a household name throughout Britain.

Following the death of her own son, in 1991 she created the campaign for awareness of UK cot death (crib death). The campaign has saved more than 20,000 babies lives, and she became the only non-medic to receive the Medal of the Royal College of Paediatrics and Child Health.

Anne is also involved with Viking’s award-winning enrichment channel, Viking.TV (www.viking.tv). The livestreaming Viking.TV began in March 2020 as a way to build a community following, stay connected and share positive experiences while staying home during the pandemic. 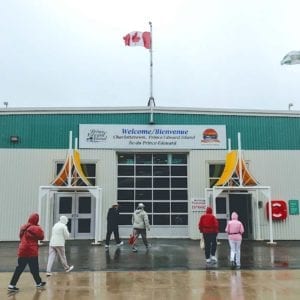