Since in 2004, Colorado-based Avalon Waterways cruises some of the world’s most beautiful rivers. Avalon’s 22 river ships cruise the rivers of Europe, Asia, Egypt and Peru. Avalon Waterways also offers cruise tours in the Galapagos Islands.

Geared mostly towards the 55-years and up passenger, Avalon excels on their organized shore excursion tours.  Their ships carry between 36 (in Myanmar) and 140 guests (in Europe) with one of the youngest fleets in the river cruise industry.

The cruise line operates a total of 16 ships in Europe cruising the Danube, Main, Rhine and Mosel as well as the Seine, Saône and Rhône rivers in France.

Read more about the rivers in Europe

Avalon Waterways officially joined the Globus Family of Brands in 2008.  The line really began to make a name for itself in 2011 with the launch of the new Avalon Panorama river ship.  This was their first “Suite Ship” built specially for their European river cruises.

It’s Avalon’s innovative river ship design that features cabins with wall-to-wall sliding glass doors. Along with being totally open to fresh air there’s also an unobstructed view of passing scenery. Available as Panorama category cabins, they are located on two of the ship’s three accommodations decks. The sliding glass doors completely open to become what Avalon calls an Open-Air Balcony.

Beds in Panorama suite categories are angled to face the expansive Open-Air Balcony.  Guests may laze in bed and watch the changing scenery. Bathrooms, located on the opposite side of the bed’s wall, take advantage of the angled space to be larger than other river cruise lines’ comparable category bathrooms.

Avalon Waterways is one of the few river cruise lines in Europe to offer room service.  Actually, it’s limited to continental breakfast and there’s a small fee. But the opportunity to awaken with a view of steep sloped vineyards, a steamy cup of morning coffee and a buttery-rich croissant seems irresistible.

There’s also a light breakfast buffet for early and late risers along with the traditional dining room breakfast, both a la carte and buffet.

Lunch is a two-option event. Guests can choose from a full lunch buffet with pasta and carving stations or head to the Sky Bistro on the sun deck for lighter fare.

Dinner in the main dining room is a four-course à la carte experience, featuring regional and local specialties. Alternatively, there’s the Panorama Bistro, located in a sequestered area of the lounge, that serves smaller portions, tapas-style. Complimentary beer and wine flow at lunch and dinner.

As on almost every river cruise in Europe, it’s open seating in the dining room for lunch and dinner. In 2017, Avalon will introduce Avalon Fresh, a new concept to feature new menu items whipped up by award-winning Austrian chef brothers, Karl and Leo Wrenkh.

Public spaces include a reception area, main lounge, library and fitness center. Free wifi is available throughout the ship. There’s also a massage room and beauty salon. On deck 4, there’s a ship-length sun deck equipped with lounge chairs – many of which are shaded, a whirlpool and a walking track.

The Avalon Siem Reap is only ship in the industry to cruise the full length of the Mekong River between Ho Chi Minh City and Siem Reap.

Avalon does not carry its own bicycles onboard. However, they have arranged for complimentary use of bicycles in various ports in Europe. Biking tour shore excursions are also offered in one or two ports on many itineraries. 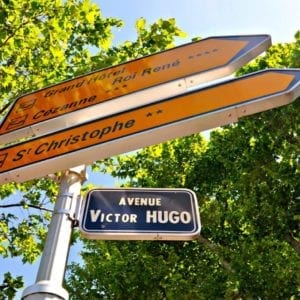