Holland America joins the roster of cruise lines to ban smoking on balconies.

Has this happened to you? You’re relaxing on your balcony, gazing out at the sea, slowly breathing the soul-cleansing salt air and…gasp! Your next-door neighbor decides to forego the short walk to the designated cigar lounge and instead lights up on his balcony. Well, no more on Holland America.

As of 2017, Holland America joins the ranks of major cruise lines to prohibit smoking on their stateroom verandahs.

The new policy has been announced to better align with guest wishes and health concerns.

The new smoking policy takes effect on all ships on the following dates (as well as any combination cruise spanning these dates):

For guests who need to smoke, designated smoking areas for all ships are as follows unless otherwise indicated:

Sea View (Retreat) Bar/Pool on starboard side. On ms Prinsendam, ms Koningsdam and ms Nieuw Statendam, smoking allowed on the port side. Smoking is never on both sides.

Oak Room on ms Noordam only. Designated areas for active slot players in Casinos. On ms Oosterdam and ms Eurodam casinos are completely non-smoking, however.

Inside all staterooms/suites.
On any stateroom/suite verandahs.

Inside all staterooms/suites.
Designated smoking areas listed above.

On any stateroom/suite verandahs.
Other public areas.

Any guest who smokes inside staterooms or verandahs in violation of our policy will be charged a US$250 cleaning fee per day of violation and will risk being removed from the ship for repeated violations. 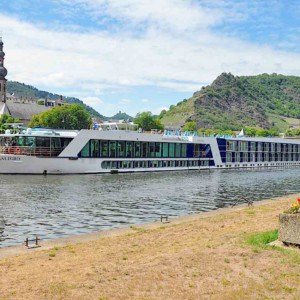 10 Reasons Why I like AmaWaterways River Cruises in Europe